Work seems to be quickly taking place in the circa-1847 building at 315 E. 10th St. As you'll recall, the city OK'd a one-floor rooftop addition here in January hours before the Landmarks Preservation Committee approved the East 10th Street Historic District. 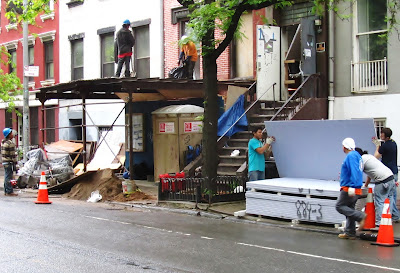 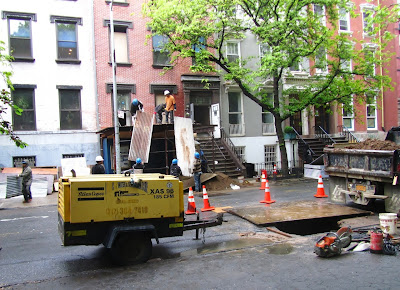 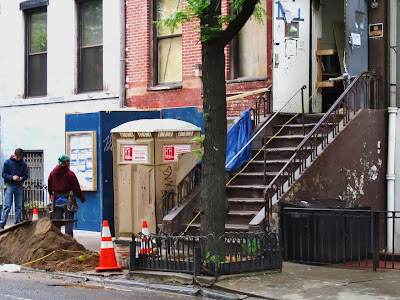 And here's how it looks at the moment... 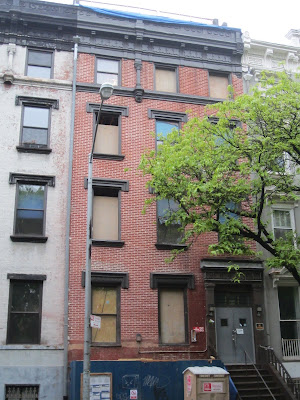 [Above photos by Bobby Williams]

Here's an after and before ... 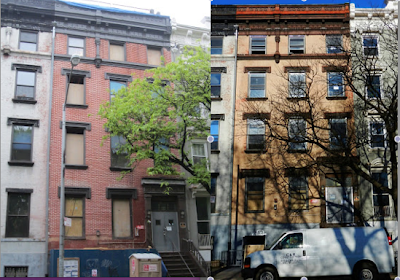 Developer Ben Shaoul has been converting the building from nonprofit use to residential. Preservation groups and various neighbors had been concerned that the rooftop addition would change the aesthetic of the street. Plus, well, Shaoul and a few previous roof-top additions have caused plenty of controversy.

In early April, the addition was quite noticeable from various points in Tompkins Square Park across the street. (See this post for a look.) Particularly with the bulkhead for the elevator.

Now, with the trees filled in, it's not as easy to spot the addition from Avenue A and East 10th Street... 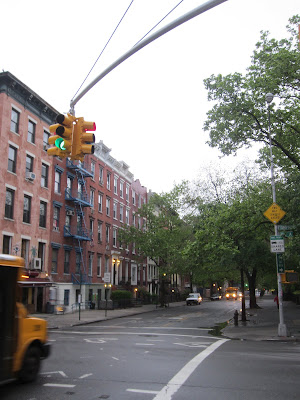 ...though the bulkhead is visible still from several vantage points in Tompkins Square Park. 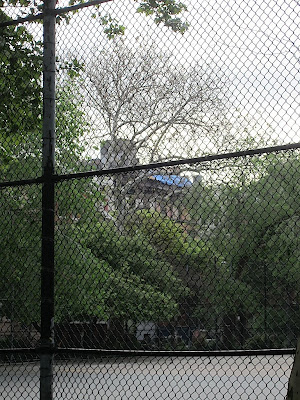 And how does it look up close? Our friend Jose Garcia sent us these... as you can see, the extra floor is currently painted an uninspired cellblock gray. 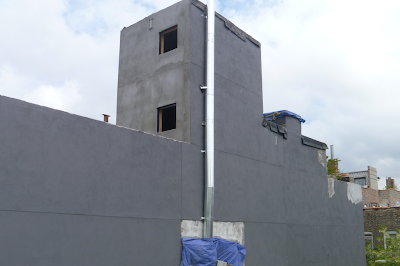 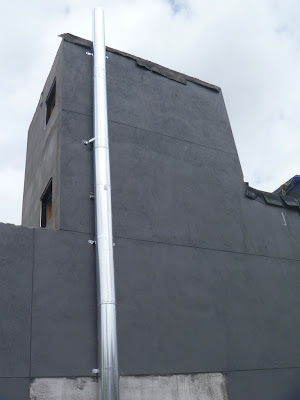 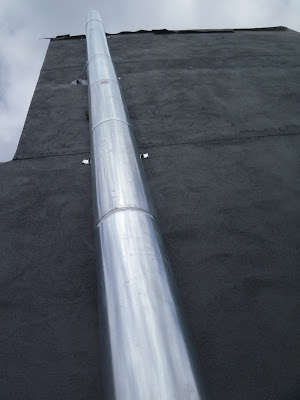 Given how it looks now, it's likely a good thing that we can't see it from the street level.

Some investigative reporter should find out who at the DOB approved this work order and find out about the bribery and criminal bullshit that got this thing approved. I miss real newspapers with real budgets who might have cared about this type of thing.