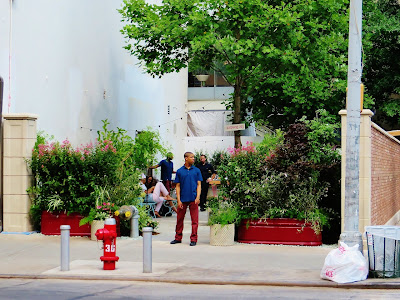 Back in April 2012, The Standard East Village unveiled major plans to alter parts of its public space. Among other things, the Standarders were going to expand the lobby and take over part of garden space that lined East Fifth Street. If memory serves, then there will also be an outdoor cafe along the Cooper Square side.

Anyway, as the top photo shows, the new garden-lobby entrance is now in use ... and here's a view of the new garden wall along East Fifth Street ... 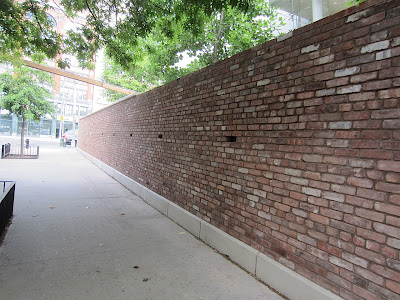 At first glance it appears to make better use of the space than the former Cooper Square Hotel ... who used the East Fifth Street side to house an array of dead shrubbery and nice cars... 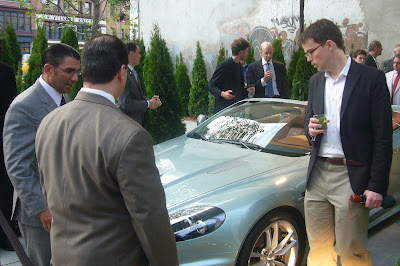 ... and later a fence made out of Popsicles... and that damn Pimm's Cup sidewalk chalkboard sign.... 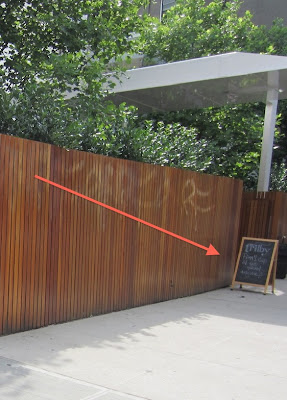 Work continues on the new restaurant and sidewalk cafe at the Standard. Eventually it will all look something like this ... 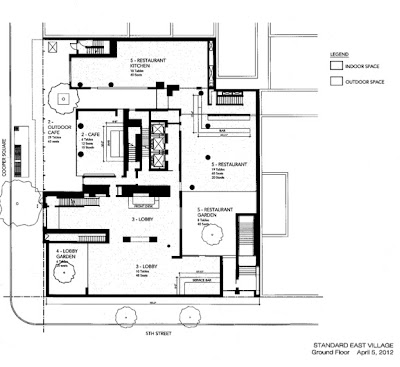 [Click on image to enlarge]
Posted by Grieve at 5:34 AM

Email ThisBlogThis!Share to TwitterShare to FacebookShare to Pinterest
Labels: The Standard East Village

Looks like a whole new venue for graffiti "artists". And since unpainted brick is hell to clean, that pretty wall is very quickly going to look like crap.

Unpainted for not very long.

all this right next door to the Scratcher, how fuckin romantic.