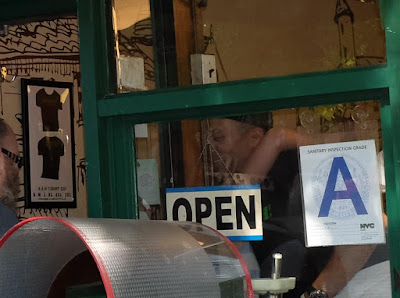 After nearly five months, B&H Dairy reopened this morning ... and there was a line of people waiting for one of the 76-year-old lunch counter's handful of seats... 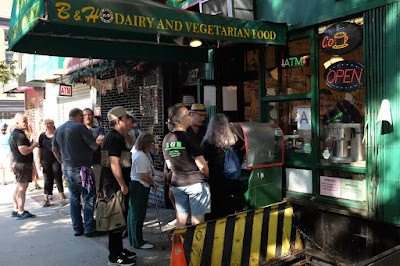 East Village resident Elinor Nauen was among the first to arrive... waiting up the block... 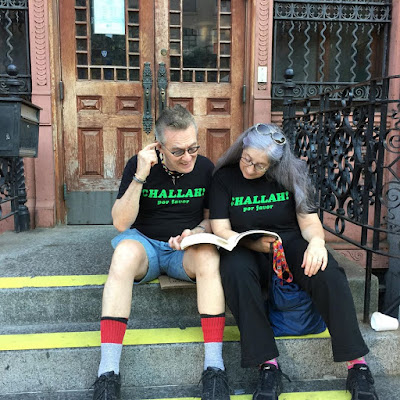 The diner was set to start serving again at 9 a.m., though it was actually 9:27 before the doors opened, EVG contributor Berg noted.

B&H remained closed after the deadly gas explosion that leveled three buildings on March 26. Owners Fawzy Abdelwahed and Ola Smigielsk faced multiple hurdles (we documented this here) to get the diner back open here between East Seventh Street and St. Mark's Place.

With the darkest days behind them, Abdelwahed is now relieved that his wife didn't listen to him several months ago when he was ready to give up.

"Since this happened, I explain to her, 'Let's go look for another job,'" he said. "She said, 'No way. This is our dream and we're going to fight for it.'"

B&H is expected to be back to its usual 7 a.m. opening time tomorrow.

NBC 4 is on the scene talking to B&H patrons about the reopening... 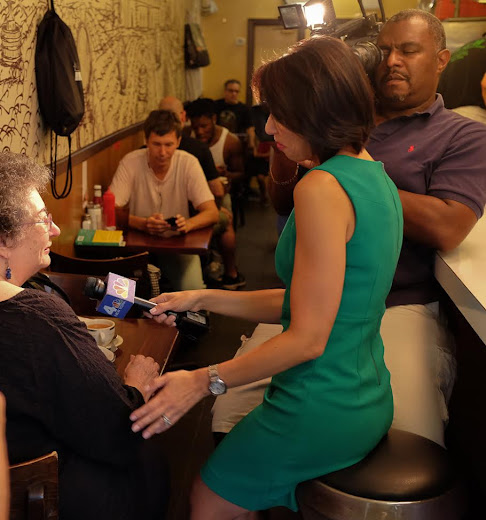 Photos by Derek Berg
Posted by Grieve at 10:15 AM

I was so happy to see them open again!! Omlette, kasha, tea. Made my day MUCH better.

I'll be there Monday! Welcome back!

Wow, this says a lot that a family business managing to reopen in this context gets media attention. I've lost hope for The Stage, and so many others :-( Happy for B&H owners and staff, although I actually think their Eastern European dishes are awful (as a born and bred Eastern European).

This makes me so very happy! Sadly I am not in town for their re–opending, but can't wait to organize my friends for our "Return to B&H dinner."

Was there ever clarity on why the Stage was shut? The landlord isn't to be trusted and the owners' reply was...problematic.

I, too, think The Stage is gone forever. Ikon was itching to find a way to get them out...

And, I hear Roman is just exhausted by the whole thing. He didn't need that crap.