[Updated] A few Halloween-related things to do this weekend 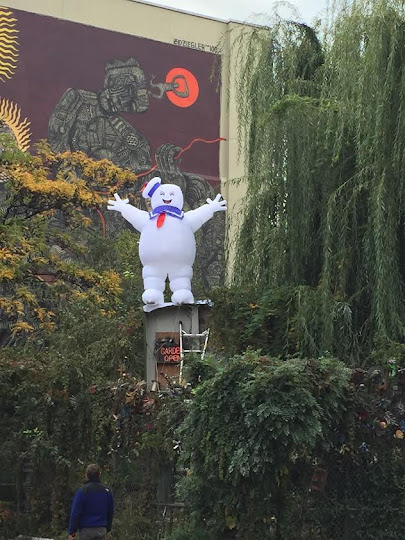 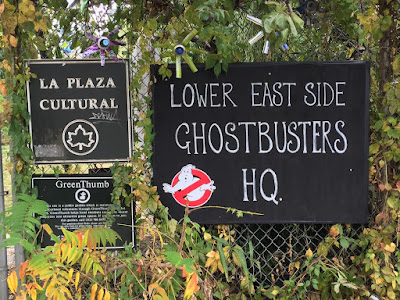 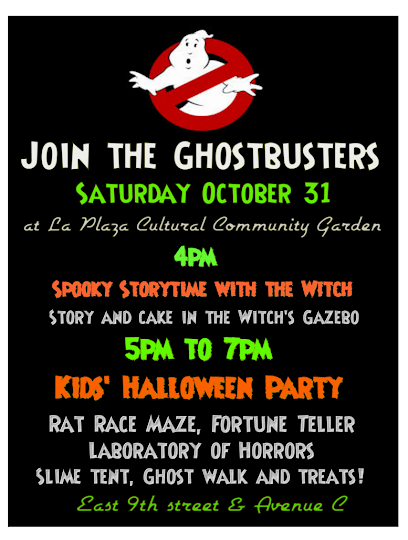 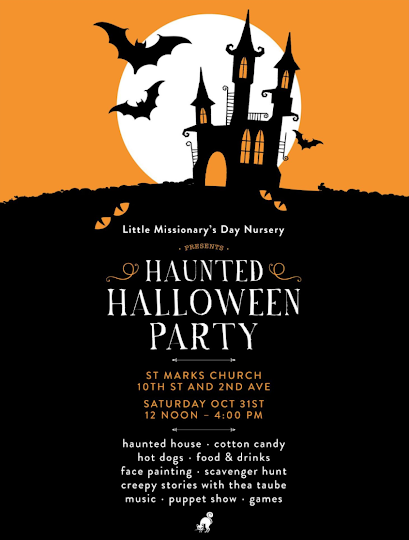 The Little Missionary's Day Nursery is having a party at St. Mark's Church-in-the-Bowery on Second Avenue at East 10th Street from noon to 4 p.m. 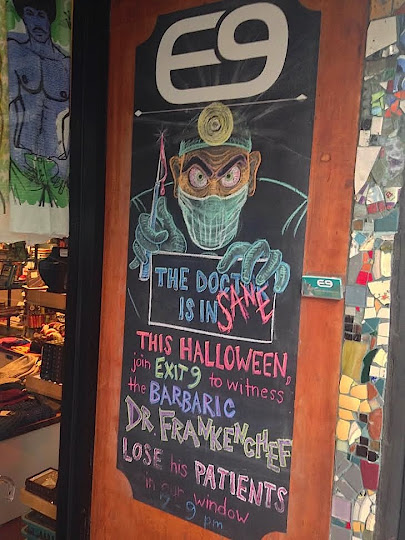 Exit9 at 51 Avenue A between East Fourth Street and East Third Street is again hosting a live surgery in the front window by Dr. Frankenchef and his nurse, Ghoulia Childs, from 7 to 9 p.m. ... which will prepare you for the self checkout at Key Food. (Check out Stacie Joy's photos from last year.) 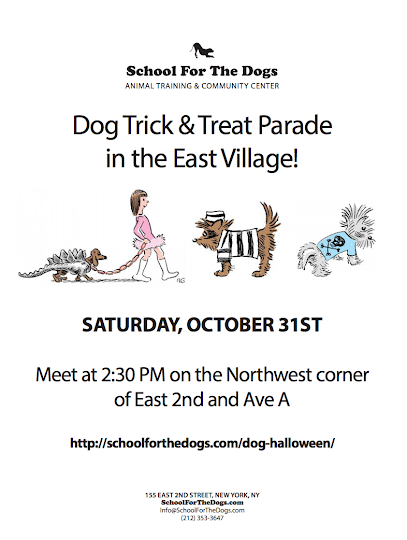 The School For The Dogs is hosting a Dog Trick-&-Treat Parade... meeting at 2:30 on the northwest corner of Avenue A and Second Street... (Find more details here.) 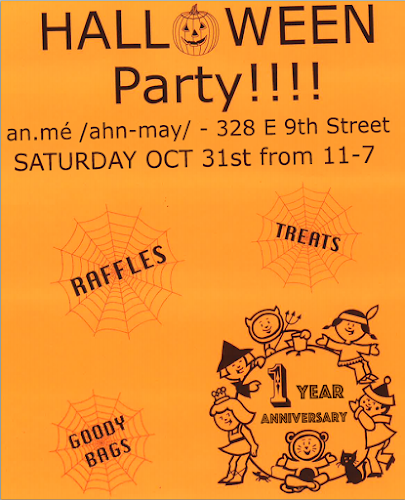 There is a Halloween costume party from 11 a.m. to 7 p.m. at An.mé, 328 E. Ninth St. between FIrst Avenue and Second Avenue… it is also the one-year anniversary for the children's specialty shop…

Anyone who joins our mailing list that day will receive a 10% off coupon by email to use on their next purchase.

Goody bags for the kids will be given out 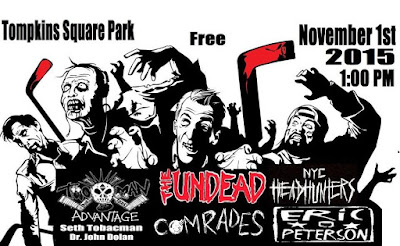 Join us for a special Post Halloween performance by THE UNDEAD ! After leaving horrorpunk band The Misfits, Bobby Steele formed the Undead in 1980. They soon became one of the first hardcore punk bands based on the Lower East Side and are still going today! They are releasing a new album "The Morgue the Merrier" next month! Set time: 4 p.m.

Also, for the first time, Seth Tobocman will be showing a slideshow of his radical commix in Tompkins Square Park. The slideshow of political artwork will be projected just after sunset and will be accompanied with live music by Eric Blitz, Zef Noise and Andy Laties.

Find more details on the show here.
Posted by Grieve at 4:18 AM

Email ThisBlogThis!Share to TwitterShare to FacebookShare to Pinterest
Labels: Halloween

Every day is trick-or-treat day for my dog!