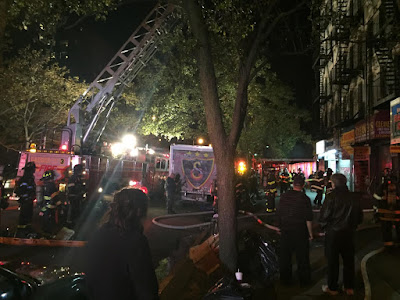 The report came after midnight from the address between Avenue A and First Avenue... 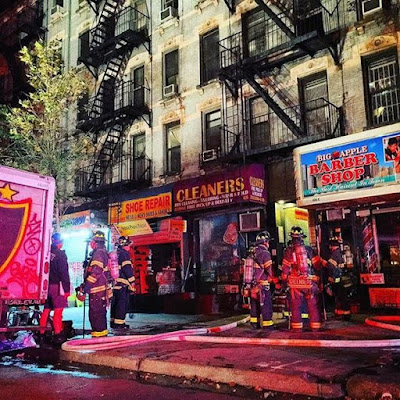 Per EVG reader LULU, who took these photos and video:

Smokey hallways and smell of burning plastic prompted call to fire department. Upon arrival became clear the cleaners was source. FDNY swiftly contained. But building still smells like burning plastic. This was an apparent electrical fire that was caught just in time.

Does anyone know how bad this was? I dropped all my clothes off there earlier that day. They are still closed. Trying to figure out how to contact them. They aren't answering the phone number listed on my receipt.