There are now 2 ping-pong tables in Tompkins Square Park 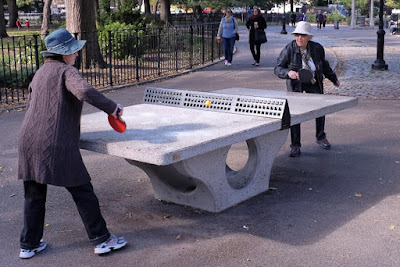 The city installed the ping-pong table in Tompkins Square Park back on March 18, 2011… and while the table has been the scene of mindless bloodletting through the years… The table has proven to be a popular draw… so much so that the city has placed another one in the Park … over near the basketball courts… 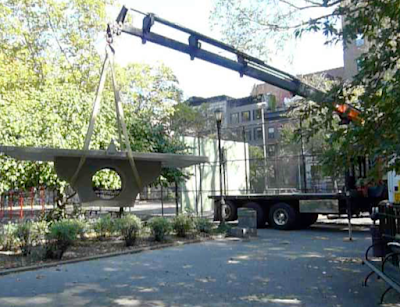 We asked Good why he donated another table to Tompkins Square Park.

"Tompkins won over other locations because of the astonishing growth in spirit of the core group of players there," he said via an email. "The age range is now 11 to 75, with a wide mix of economic classes, with people giving lessons to newcomers." 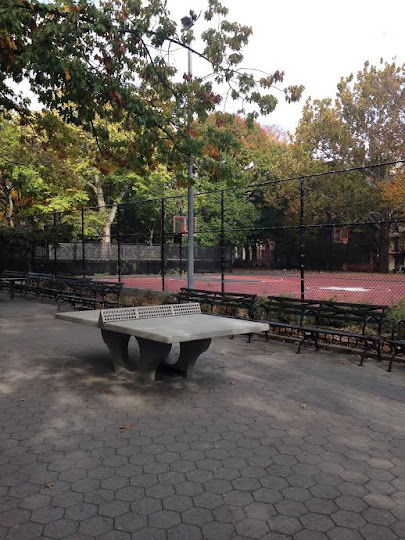 Henge continues to hold ping-pong tournaments on Saturdays this fall (see their Facebook page for details).

And now, a look though the EVG archives at some non-ping-pong moments at the ping-pong table… 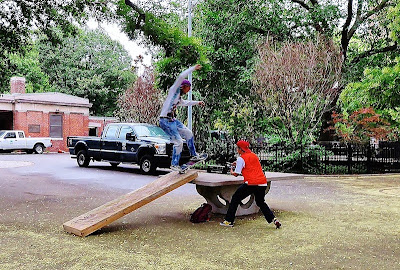 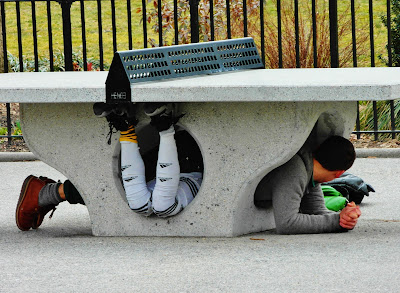 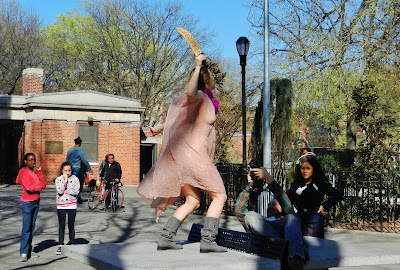 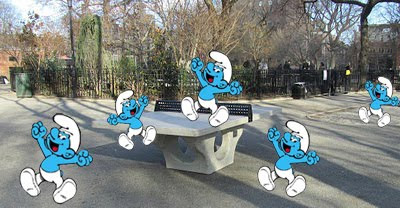 This is good news. People really like the ping pong tables, and they bring a better type of person to the park.

Ping Pong in Mandarin actually means "table to play game, dance, skate board and anything else on".

"they bring a better type of person to the park" said by a frattie who lives in a new "luxury" condo.

WHAT?!? No Punk Rock Ping-Pong?

Anonymous 10:14, Are you on drugs? I couldn't be less of a "frattie", and I don't live in a luxury condo. But I guess you couldn't respond to what I said, so you had to try to slander me.

Every part of the park that is used by decent people is an improvement.

No one is going to play ping pong over where they put the new table. That section is reserved for other activities as it's hidden sort of. Not even one smurf will set foot over there.