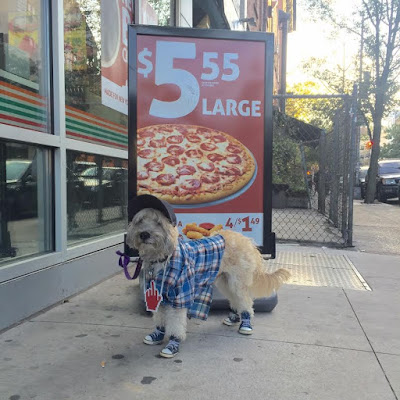 [All dressed up and nowhere to go on A ... via Michael Sean Edwards]

At a CB3 meeting, residents bristle at the de Blasio administration's proposed Zoning for Quality and Affordability (Gothamist)

Tonight on East Third Street: "What's Your Freedom to Ya~!? Pop Up Art/Culture Jam" (Facebook)

... on the topic of red-tailed hawks... here's Christo hanging out in Tompkins Square Park.... 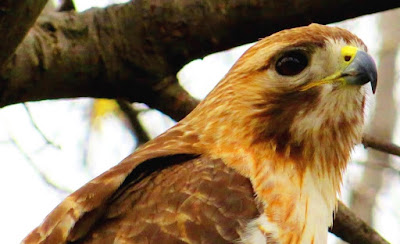 At Berlin, a "sneaky cabaret" underneath 2A on Avenue A (The New York Times)

32K monthly for the Sixth Ward space on Orchard (BoweryBoogie)

Robert Crumb on misogyny, America and art (The Observer)

A look at the new book "City on Fire," in which "one of its primary interests is the 1970s scene in the East Village and the anarchist squatters who inhabit an abandoned building there" (Time magazine)

... and over on East First Street, there's a new mural by Brazilian artist Paolo Govea adjacent to the Tuck Shop between First Avenue and Second Avenue... Tuck Shop owner Niall Grant said the mural is presented in partnership with Sixpoint Brewery... who will be helping curate the space going forward... 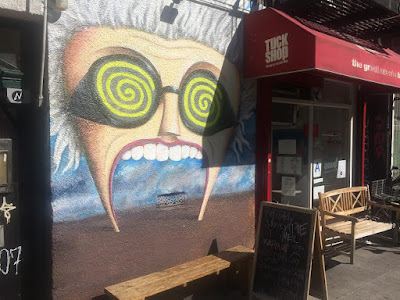 ... and "All Things Must Pass," a documentary on the rise and fall of Tower Records, opens today at the Village East Cinemas on Second Avenue at East 12th Street...

... and finally finally... why not one more wildlife pic for this post — a standoff in Tompkins Squrae Park... 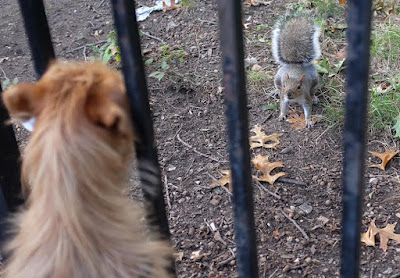 Christo R. Thawk, always so well dressed and groomed to perfection! The denizens of the EV should take example from him.

NYC squirrels: the bravest in the animal kingdom

Is that a llama facing down the squirrel?