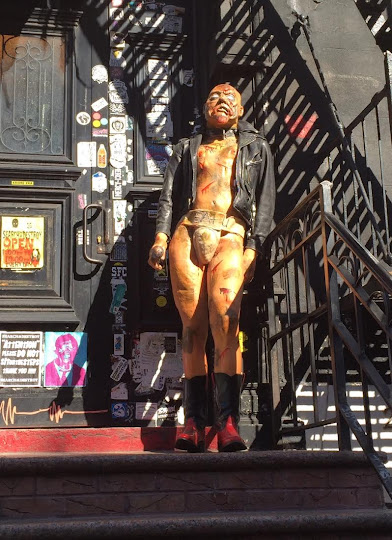 Then you are in luck... this GG Allin model made his debut outside Search & Destroy Tuesday afternoon on St. Mark's Place between Second Avenue and Third Avenue, as EVG contributor Steven noted ... it's a creation of Blankit Novelties, and "Al E. Gorey" (creature sculptor) and "Harris C." (master of molds) ... 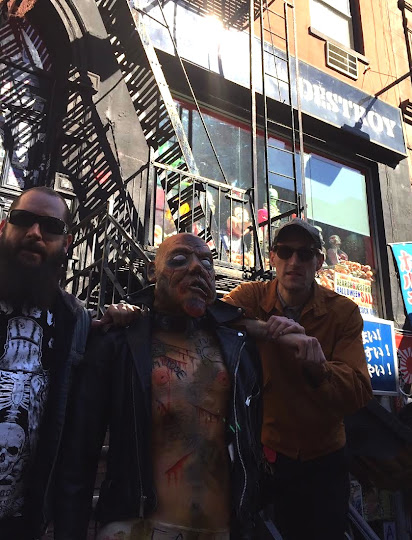 Mr. Gorey says he is raising money for a GG Allin comic with a cover by Jeff Zornow.

For now, GG will remain in the window at Search & Destroy... where it likely costs $6,666, the proceeds of which will fund the comic book...(you can ask Al E. Gorey about it via Facebook) 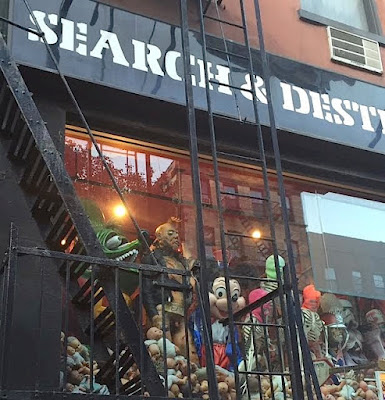 Oh, and that GG codpiece is removable... 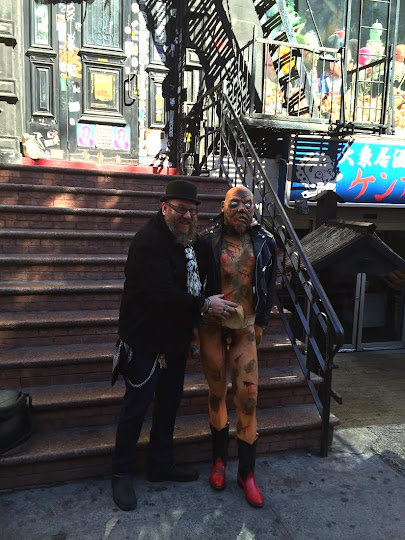 This is the kind of hard-hitting Grieve-only reporting we come to you for.

This store reaffirms it's been an unfunny joke for far too long.

Please add tag for "removable codpiece" - surely an invaluable resource to have this info at hand....

Ok. Just went and Wikied him.
Is there anyway I can un-know who he is now?

Where can I get a high-life scumbag Bill Clinton doll?

It bothered you that much? Do you need an extra froyo or workout? Go back to Nebraska bro. Wikied him. What a dbag. Because he was the opposite of you and your ilk and what the EV has become.

How about fuck you. Bro.

I guess if celebrating a man that used his drug addiction and self loathing is a good thing then I would "gulp" prefer Taylor Swift.

I dunno, I think a visit from EV Arrow is needed here to highlight certain aspects of Mr. Allin's anatomy. Or is he still miffed because he was excluded from jdx's spectacular b/w photo of lower Manhattan?

If this comic book doesn't have 'Scratch and Sniff' it's not true to the man Mr. Allin was. Just sayin'

Wish I could have caught this in person/had money to buy art.