Some day, the East Houston Reconstruction Project will end, but not anytime soon 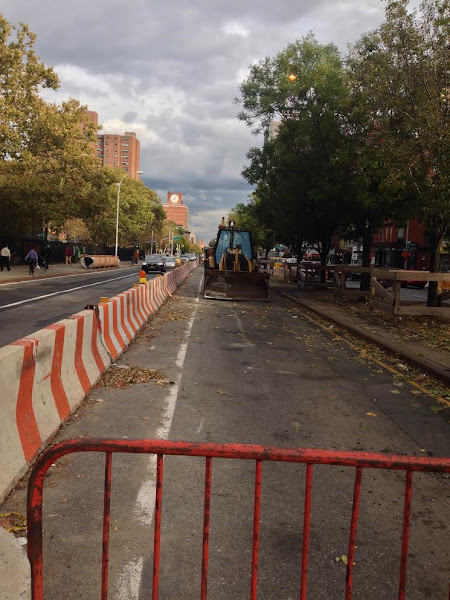 The East Houston Reconstruction Project, which started in the heady early summer days of 2010, is now reportedly three years behind schedule.

On Tuesday night, reps from the Department of Design and Construction (DDC) provided CB3's Transportation & Public Safety/Environment Committee with an update. BoweryBoogie was there and filed a report.

Blame the delays on unforeseen obstacles and the ensuing quibbling between city agencies and utility companies over responsibility. Apparently such “unforeseen utility interference” requires “specialty work” that can only be handled by one company over another. For instance, Con Edison or Verizon called down to relocate certain equipment or maintain abandoned gas mains before the water piping infrastructure goes in. But no one involved owns up to the responsibility when there are delays or issues encountered.


Per BB, the latest completion date is now September 2016, and with a price tag hitting $88 million. Head to BoweryBoogie here for the full story. 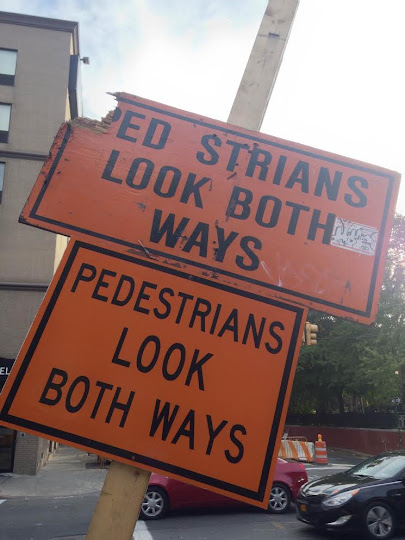 [Photo of Ed Strians by EVG]

East Houston Street construction will be a living hell for an extra year
Posted by Grieve at 4:18 AM

I bet the construction companies purposely do not finish projects like that so they can use those sites for storing their equipment while they wait for the next project.

As I type this they are actually finishing laying the stone sidewalk in the "plaza" in front of the Punjab.

Won't be surprised if it never finishes. It's such a heavily travelled street and for some reason the terrain doesn't seem to be having any of it. On the plus side it will provide construction jobs in perpetuity.

Is this just incompetence or corruption?

Similarly, why is the Cooper / Astor Place plaza taking 4 years now?
The Empire State building was done in a little over a year.

FWIW, the Astor/Cooper project has undergone a big activity spurt in the last month. It's starting to shape up.