[Updated] American Apparel packing up its spandex, cotton and denim and leaving the LES 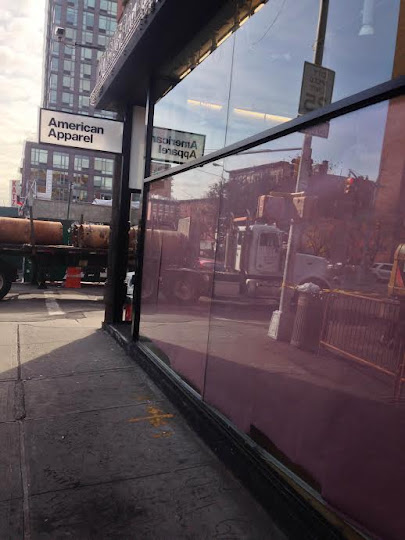 BoweryBoogie points out today that the 11-year-old American Apparel outpost on East Houston and Orchard has closed… probably not a shocker given that the company is teetering on the verge of financial collapse or something less dramatic sounding.

On this occasion, we will dig deep into the EVG archives for this post from December 2009 thoughtfully titled "And now, my collection of the newish American Apparel ads" … 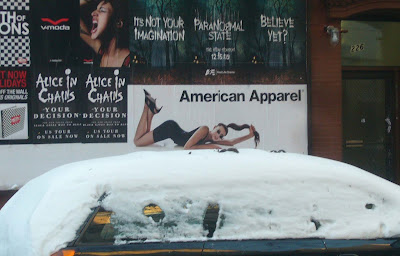 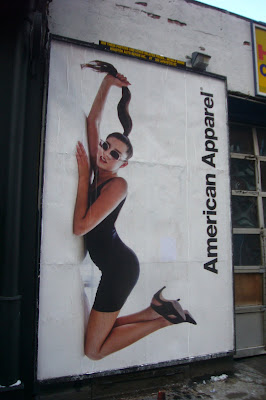 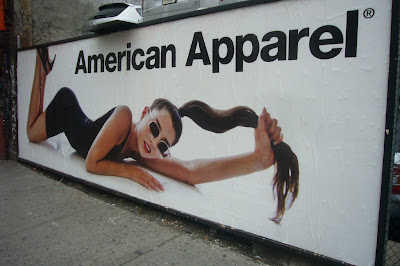 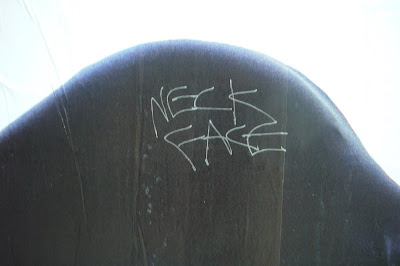 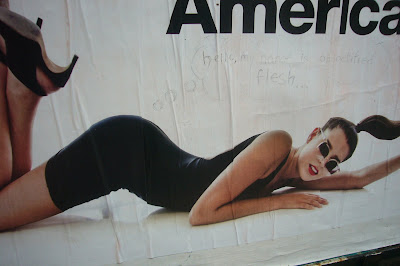 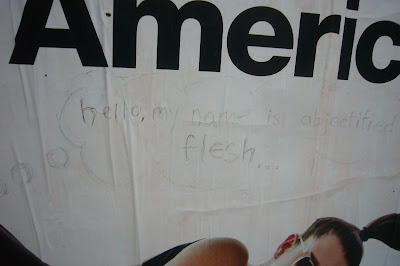 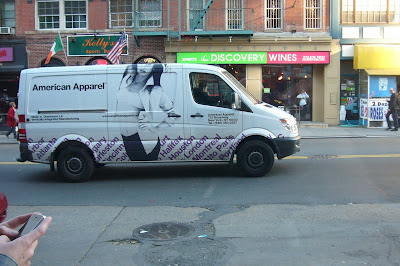 An American Apparel spokesperson emailed us the following statement:

"This store closure is a next step in implementing our previously announced turnaround plan, which includes closing underperforming locations and investing in new stores in promising areas."

So the LES is no longer promising?

I don't care what any of my fellow old-timer residents say but I always bought my leggings, tights and hot underthings there. I'll miss it.

American Apparel = the Enron of the clothing industry.

First the fro-yos drop, now American Apparel. Looks like the first wave of kidult/hipster culture coming to a close.

11 supergentrification years is about 104 in human years. Maybe the Landmarks Preservation Commission should have got involved.

I would like to see a shoe repair store opens in this space, or maybe a record store. Back to the future!

@6:20. Sure. It will happen right after the Police Academy reboot and Blondie comeback tour.

I don't understand why people are so negative towards AA. Their bankruptcy is a loss for us. They provided health care, living wage, good work conditions for their workers in California. And are an American-made staple, not a conglomerate. It sucks they went bankrupt. Another loss for America's middle class.

At least they are made in USA and not imported crap from China. It makes me angry with them for not managing their biz better. On another note, seeing the photo with Discovery Wines in the original location, etc. made me nostalgic for 2009 too - it's getting scary when that happens.