On the CB3-SLA agenda tonight: A Chinese restaurant for the former Cucina Di Pesce space 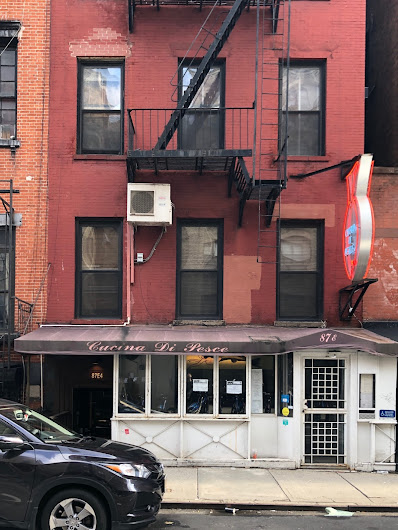 Here are a few of the applicants on CB3's SLA committee docket tonight for new or expanded liquor licenses and methods of operation:

A Chinese restaurant called Jadeite is in the works for the former Cucina Di Pesce space on Fourth Street just west of Second Avenue.

Here's a description of what to expect from chef-owner JinYu Zhong via the questionnaire at the CB3 website:

At Jadeite, we are dedicated to showcase you a new way to understand Chinese culture through Chef Zhong’s memories and love of food and her experiences at various fine dining restaurants. This is a set tasting menu of ten courses, marrying the best of both worlds.

And the sample menu... 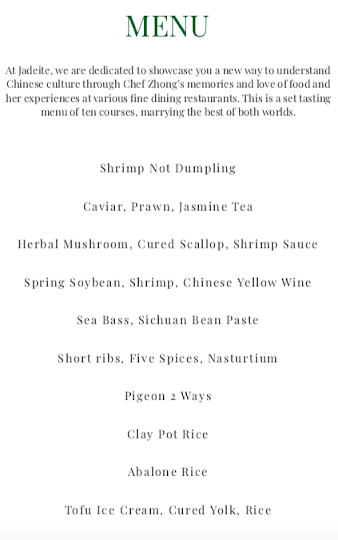 The questionnaire notes that Zhong has extensive restaurant experience in her family's restaurant business in China. In NYC, she has cooked at 11 Madison Park and attended the Culinary Institute of America.

Plant-based celebrity chef Matthew Kenney was previously OK'd for another restaurant concept in this space. However, those plans never materialized.

Cucina Di Pesce closed in September 2018 after 32 years in business. (They have been hinting at a return to the East Village in a yet undisclosed location.) 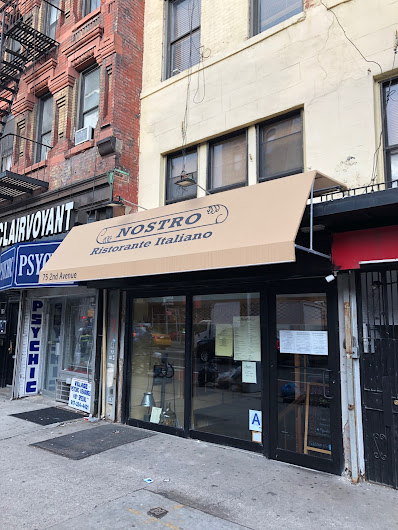 The low-key Italian restaurant opened on Second Avenue between Fourth Street and Fifth Street back in the fall.

They are now applying for a beer-wine license for the space. This outpost of the Brooklyn-based Nostro has been BYOB to date. 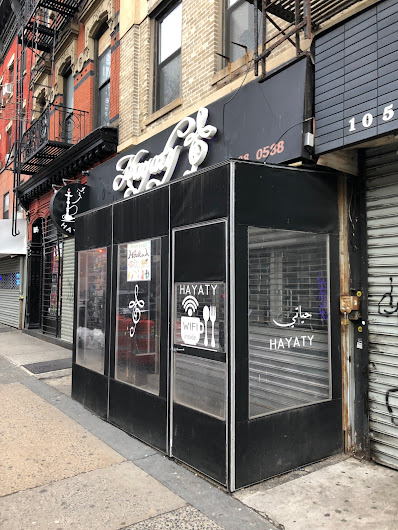 The Mediterranean restaurant and hookah bar between Sixth Street and Seventh Street is looking to expand its hours of operation to 4 a.m., according to the questionnaire online at the CB3 website.

Hayaty made headlines in early January. According to the NYPD and multiple published reports (such as the Post and NY1), a fight that started inside Hayaty ended up in a police-involved shooting on Avenue A that led to the death of two men.

The CB3 committee meeting is tonight at 6:30. Location: the Public Hotel, 17th Floor, Sophia Room, 215 Chrystie St. between Houston and Stanton.
Posted by Grieve at 4:02 AM

No to Hayaty, please!

Does Jadeite know this area at all? Only offering a 10-course menu...

I'm not interested, thanks - 10 courses, chosen by someone else, and some of the descriptions make no sense, such as "shrimp not dumpling" - huh? Does that mean it's just a shrimp? Who knows!

Good luck to them, but I wouldn't imagine this has much chance of success.