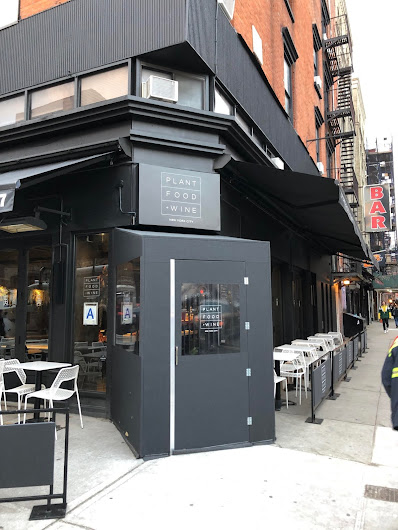 To recap, he has Plant Food + Wine (the former Arata) on the southwest corner of Fourth Street.

Kenney is also involved with 00 + Co. and Bar Verde right next door on Second Avenue. 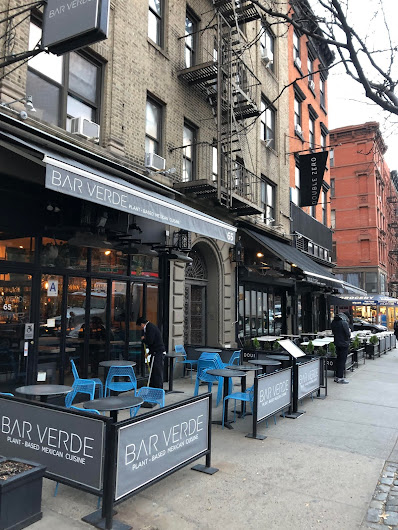 And most recently, the now-former Kona Coffee and Company, which just opened in November 2017 a few storefronts away at No. 57, is now under the Kenney umbrella... 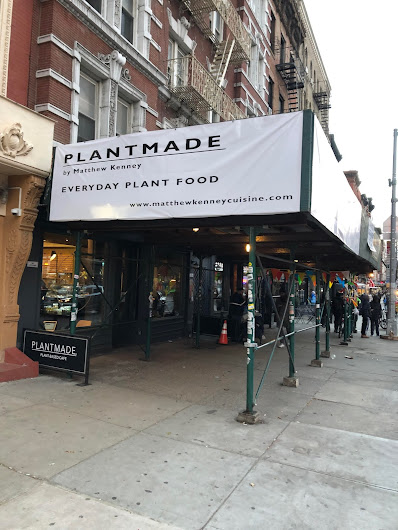 Back in March, Kenney teamed up with Pure Green to launch PlantMade, a cafe on Second Avenue between Ninth Street and 10th Street. He is apparently no longer part of that Green team... 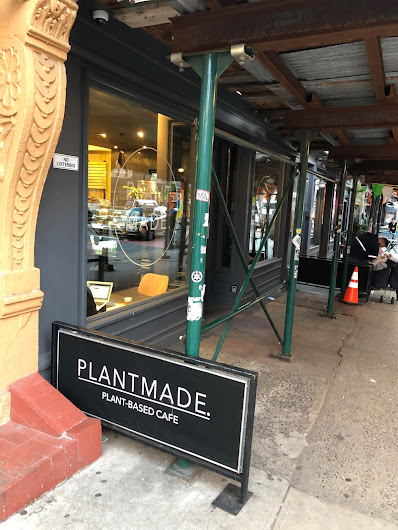 Meanwhile, Kenney plans to take over the former Cucina Di Pesce space at 87 E. Fourth St. near Second Avenue for a venue (rumored to be called Medium) in early 2019. He's on this month's CB3-SLA agenda for a new liquor license for the address. (The questionnaire has not been posted online yet.) 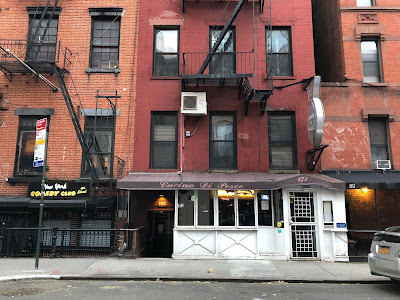 That seafood-focused Italian restaurant closed in September after 32 years in service.

Previously on EV Grieve:
Matthew Kenney bringing yet another plant-based restaurant to 2nd Avenue
Posted by Grieve at 4:21 AM

One of the residents at 57 2nd Ave. told me that the landlord put up the scaffolding just to harass the tenants, and has no plan to remove it. At one time scaffolding had to have a posted expiration date, and then be removed at the appropriate time. That appears not to be the case any more. Does anyone know why this is so?

Dim Sum Palace just opened under that scaffolding too. Exciting to have dim sum in the neighborhood

The scaffolding at 2nd Ave and 6th st expired in April but remains up providing shelter to the east village's desperate...

Oh boy, it said "Plant Food" and I thought it was fertilizer and useful things like that, but it turns out to be food MADE FROM PLANTS.

So now I'm worried about all those places that say "Pet Food."