More about Treetops, the name of the condoplex coming to 14 2nd Ave. 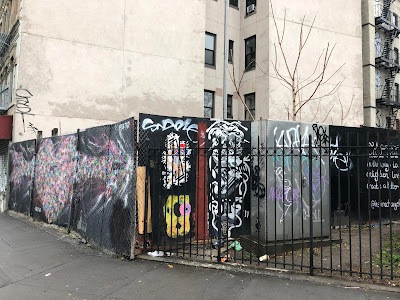 As we've been reporting, a 10-story residential building with full-floor luxury condos are in the works for 14 Second Ave. adjacent to First Street Green Art Park.

Curbed has more details about new owner Daniel Vislocky (of development firm Station Companies) and his plans for the site, the former Irreplaceable Artifacts.

Vislocky said that he "expects prices to be in the $2.8 million to $3.5 million range" for the building's units, where residents will have access to ground-floor storage and a gym.

Next steps: working with a consultant to take the appropriate steps to remedy the Stop Work Orders dating to 2009 and 2000.

Vislocky was attracted to the property because of its openness; it’s adjacent to First Park, so the south side and rear of the building will have guaranteed views. “It’s such a luxury to live in New York City and have treetop views,” says Vislocky, “especially in the East Village.” The leafy surroundings were such a draw, in fact, that the developer decided to name the new development Treetops. 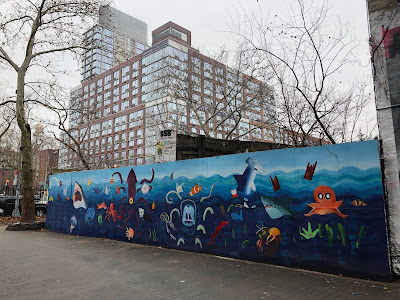 In July 2000, the city demolished the four-story building that housed Irreplaceable Artifacts. According to the Times, a wall and two floors collapsed at 14 Second Ave., which forced the evacuation of 51 apartments in three nearby buildings.

The Times reported that a construction crew was making alterations to the first floor of Irreplaceable Artifacts in defiance of a stop-work order.

The deal for 14 Second Ave. was part of a bankruptcy proceeding, as we previously reported.

Construction here is expected to start in about six months.

Granted, there are a smattering of trees (really sidewalk trees) in the vicinity of this property, but not enough to justify the name, Treetops. Really? Give me a break! For goodness sake! Why not call it "Major Intersection Apartments" instead? There are 7 lanes of Houston Street and 5 of Second Avenue, plus the pedestrian traffic from the subway and bus lines. Or how about "Congestion Condos"? How about "Wait For The Light Apartments"? "Choke On The Exhaust Condos". Really, in winter the trees are bare and the asphalt plains are visible from most angles.

If it's anything like my corner at 9th and 2nd, they can name it "The Honkathon". I recommend any actual people (i.e not a corporation of LLC) who buy apartments in this, invest in sound-proofing.