Today in boxes of discarded VHS tapes on 1st Street 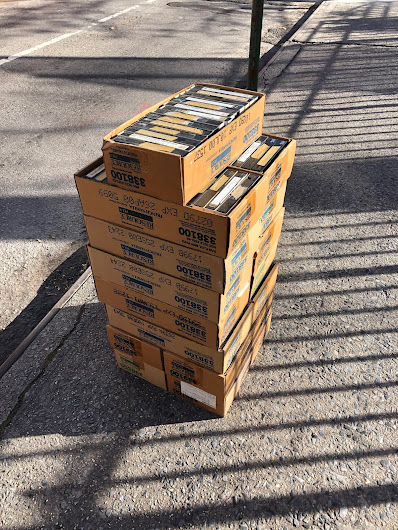 Spotted early this afternoon on First Street between First Avenue and Second Avenue... many boxes of VHS tapes — perfect for holiday binge watching! 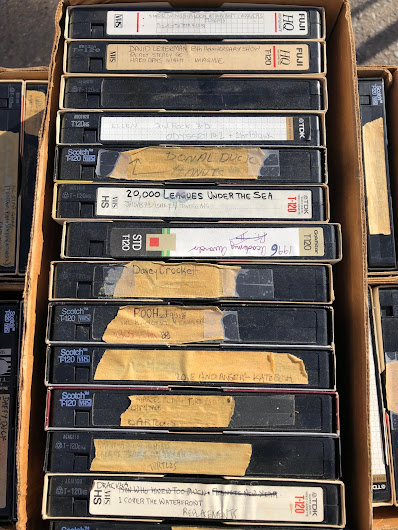 The owner of these also decided to tape over "The Man Who Knew Too Much" and Peanuts New Year for Dracula. It was not immediately known which version of Dracula this is. 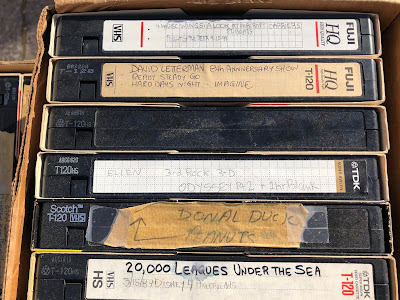 "Dracula" was filmed in both English and Spanish. IMHO, the Spanish version is better, but, it does not have Bela Lugosi.

Time to dust off the VHS player…my late roommate used to record whole shows in the 70s, including the commercials.

(Oh, and Grieve: why are you doing this to us with the verification process? Were there that many people who couldn't read the CAPCHA?)

To Scuba Diva — Not sure what happened with the verification. Must have been some new automatic Blogger default. I think I shut it off..

Vinyl records were supposedly "dead" yet now record players are back "in" again! So the fact that these VCR tapes are being discarded is an indicator that the VCR is going to be "in" again soon!