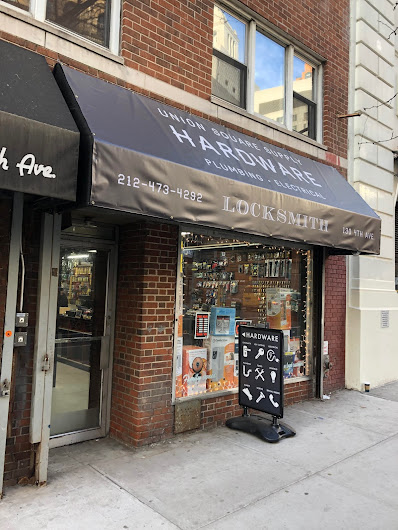 The store is owned by the folks behind Fulton Supply Hardware, which opened down on Fulton and Gold in 1970.

The Ace Hardware outpost here closed back in April. The retail space was on the market for several months before the Union Square Supply signs arrived in early September.
Posted by Grieve at 4:01 AM

Fulton Supply Hardware was a great store. Glad to see them back in action.

3:31pm Fulton Street Supply & Hardware IS a great store - it's still open after all these years as the oldest retail business on Fulton Street in Manhattan :)