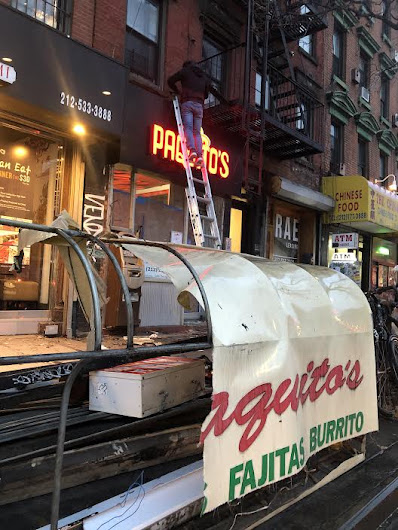 As previously noted, the family-owned Paquito's closed on Dec. 11 for a renovation. 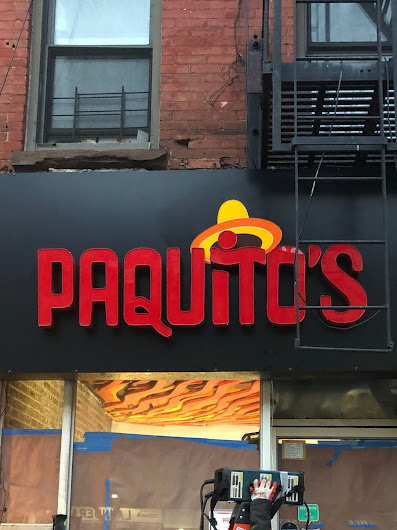 The owners expect to be open next week, likely even sooner than the original projected date of Dec. 28. They'll post the reopening news on their Instagram.

Glad to see that the to-go space is working. Paquito's closed its bar-restaurant next door at the end of last year due to a reported rent increase.
Posted by Grieve at 6:00 AM

Email ThisBlogThis!Share to TwitterShare to FacebookShare to Pinterest
Labels: Paquito's

Jonesing for one of their shrimp burritos with pink beans. Come back soon!

Yay! Paquitos puts me in my happy place.

Ugh. So sterile and corporate. Hate it. But I guess it makes sense for them to look appealing.

It does look a bit corporate, but it also looks more like a brand and that is good for an eatery in 2018, I think. To me the old awning looked like that of any generic faceless city Chinese/Japanese/Mexican eatery, and Paquito's is obviously a bit better than that.

Maybe Paquito's is showcasing themselves for a possible franchise.