A GG Allin family affair on Showtime, and a trip back to 2B 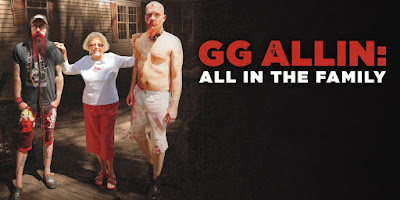 In a respite this December from holiday fare, Showtime is airing four music documentaries this month... including "GG Allin: All in the Family," which premiered last Thursday. (Meant to mention it last week.) It's airing again tonight at 11:30. It's also available on-demand via Showtime if it's of interest. (Not really everyone's thing.)

As this film notes (and what has been well-documented), the last show for GG Allin & the Murder Junkies took place on June 23, 1993 at 2B (aka The Gas Station) on Avenue B at Second Street. (Now an apartment building with the Duane Reade.)

Here's a video made by Corey Shaff that has been in circulation about the gallery space... 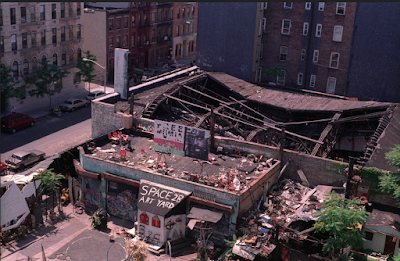