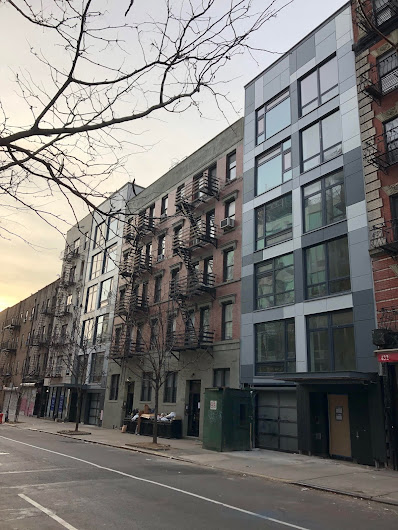 Last we heard anything about Thirteen East + West condos, there was a report that the recently constructed twin residences on 13th Street between Avenue A and First Avenue were to be the first major assets in NYC to be — drumroll — tokenized on Ethereum.

However, those blockchain plans didn't pan out. Now, as The Real Deal first reported, the developer, the Amirian Group, is auctioning off the condos for instant liquidity.

Paramount Realty USA, a real-estate firm that specializes in auction sales, announced Wednesday that it would auction off the buildings ... which have a projected sellout of $37 million. Bidders will get to name their prices for some or all of the units, and a bulk purchase could lead to a discount of up to 25 percent...

And the details if you want to get in on the bidding....

Bidders who want to take part in the auction have to place their bids and a $500,000 deposit by Jan. 29. If there are multiple offers, the highest potential buyers will take part in a runoff open outcry auction.

And if you need to work on your hand signals for that open outcry auction...

Tales from the crypto: Thirteen East + West tokenized on blockchain