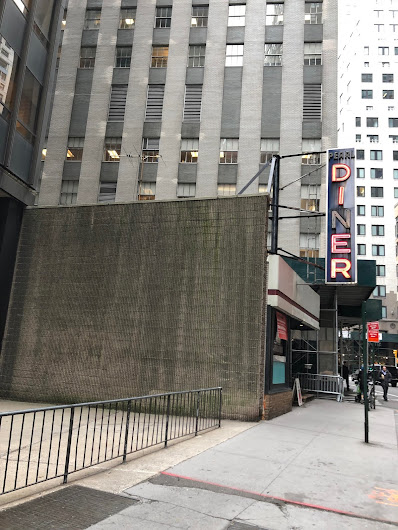 Going outside the usual coverage zone for this post about the Pearl Diner, a place that I always liked.

Yesterday, New York Yimby reported that building permits have been filed for a new 21-story hotel at 212 Pearl St. in the Financial District — a plot of land that currently houses the Pearl Diner. 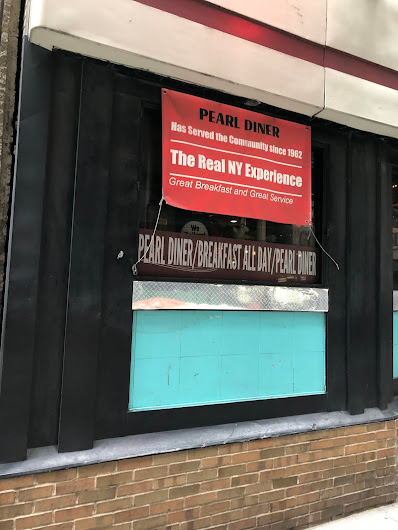 No demolition permits have been filed as of yet and the Pearl Street Diner located at the site is currently still open for business. The estimated completion date has not been announced.

The Pearl Diner hasn't announced a closing date just yet.

Diners in NYC are an endangered species as it is... especially a single-level building in the heart of the booming Financial District. So it's rather amazing the Pearl Diner has lasted this long.

And now another hotel via Gene Kauffman will rise here. (According to The Real Deal, who first reported on this, Kaufman was already the architect for three of the six ongoing hotel projects in the Financial District.)

The hotel will have company — a 40-story Marriott consisting of two brands — a Courtyard and a Residence Inn is rising directly across the street from the diner... 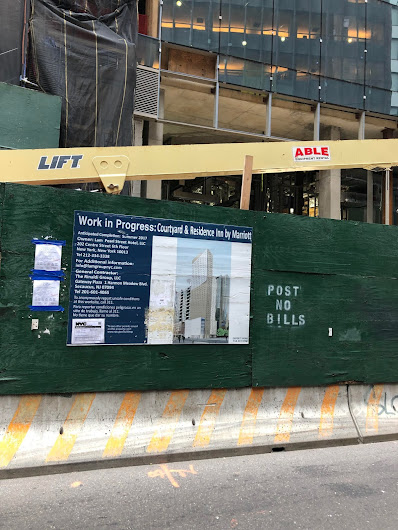 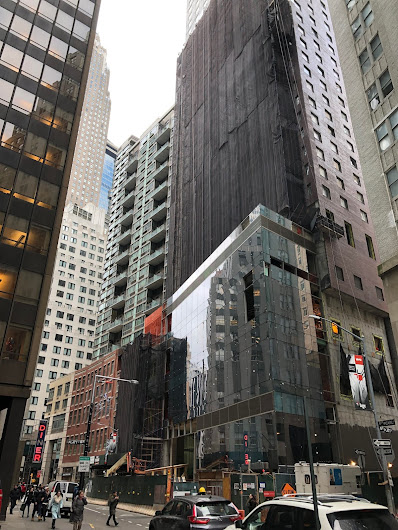 The Pearl opened in 1962, and is one of the last standalone diners in Manhattan. 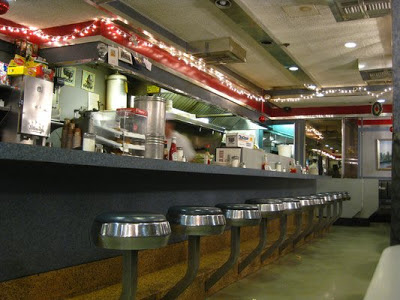 As Nick at Scouting NY said about the Pearl's neon sign: "at night, [it] makes New York City look like New York City." 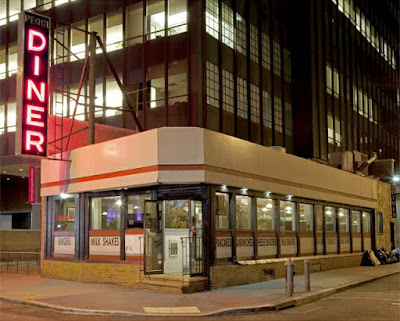 On a similar note, the Sunflower Diner on Third Ave. near 26th Street closed some months back. No notice. Send help — our diners are indicator species!

Reminds me a bit of the Nighthawks diner.

When Pearl Street Diner closes there will be only three standalone single-story real diners left in Manhattan:

Star On 18 @ the corner of 18th Street & Tenth Avenue (it looks like it's connected to a building on the avenue side but it's not.)

Empire Diner @ 22nd Street & Tenth Avenue is a standalone diner only physically. It is not a diner anymore, it's an upscale restaurant in a diner building which serves zero diner fare and wants zero usual people who patronize Pearl, Square, Hector's, or Star.

I had scranbled eggs and a corn muffin w/ coffee at a nice plain old-school diner (which shall remain nameless) here in the city the other day.
$15 and change.
Fuck it.

When I worked nearby the Pearl Diner, I went one day because I loved the sign. The food didn't live up to the sign, unfortunately. That was that, for me.