Christmas miracle on the Bowery 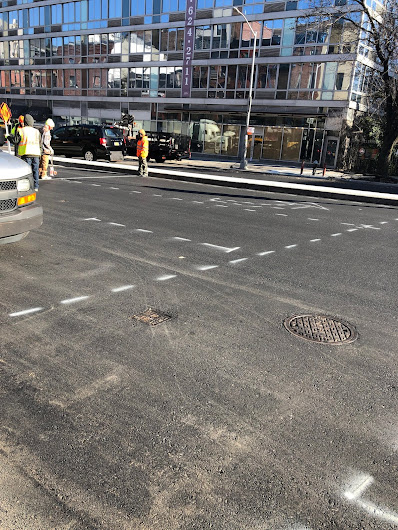 On Wednesday morning, an EVG reader shared these two photos... showing workers outlining lane lines, crosswalks and other traffic markings on the Bowery at Houston... 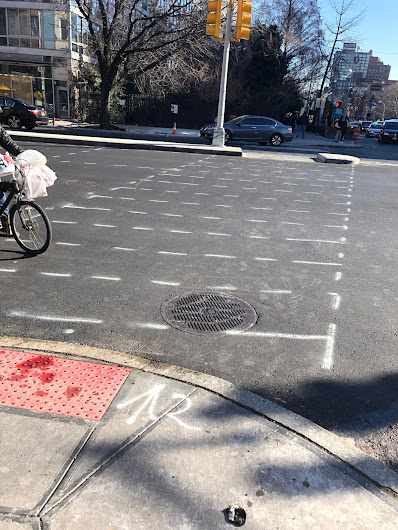 The reader [sarcastically] thought that the contractors were marking the location for more roadwork.

Checking back in on the intersection... can it be that the never-ending East Houston Reconstruction Project has maybe actually ended??? 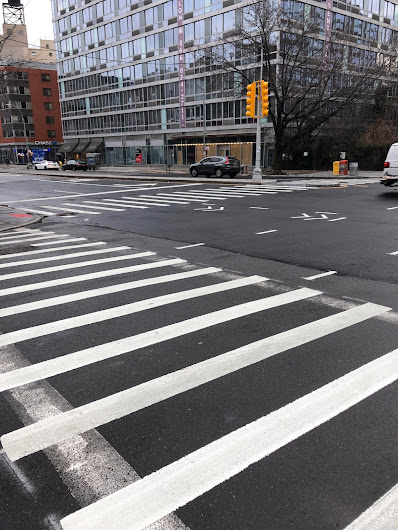 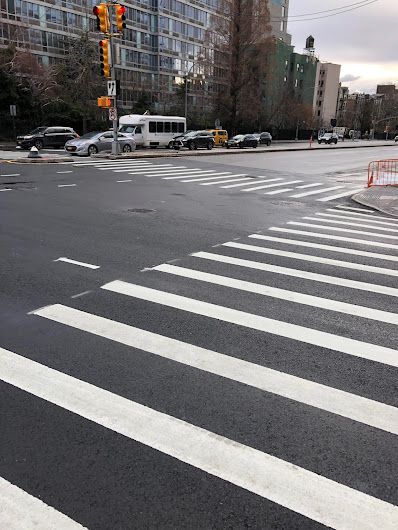 As noted off and on through the years (starting with Mayor LaGuardia), completion of the $52.5 million East Houston Reconstruction project was overdue by five years. The Department of Design and Construction (DDC) started this project in June 2010, reconstructing/replacing combined sewers, trunk main, water mains, catch basins, fire hydrants, sidewalks, etc., etc., along East Houston Street, from the Bowery to the FDR Drive.

The work was initially scheduled to wrap up in 2013 (!!!), but was delayed again and again as the city reportedly ran into problems with existing underground wiring and pipes and unhinged bureaucracy.

The interactive map accessible via the DDC's website now shows a completion date of 12-25-2018! 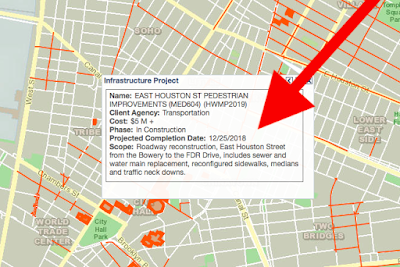 I've watched this seemingly endless project go on and on. I actually came the conclusion that it was not so much as an actual project as it was a training ground for construction workers. It was a classroom. I guess it is graduation time.

OH MY GOD IS THIS FOR REAL?

I remember road construction lasting years in the mid to late 1990's on bowery/houston and was so relieved when it was finally finished back then...I give it 5 years before they begin again on bowery/houston

It's another Festivus miracle!

It's another Festivus miracle!

It's nothing short of miraculous that we didn't lose more businesses, including Yonah Schimmel's and the Punjab Deli.