A look at last night's damage along 2nd Avenue 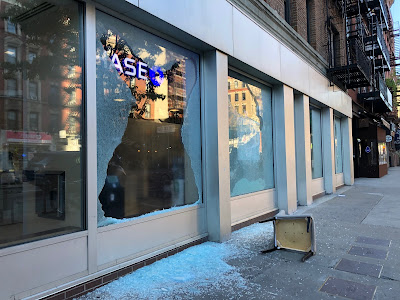 Citywide, NBC 4 reported that 345 people were arrested and 33 police officers injured as the protestors and cops clashed late night around several different hotspots, including Union Square.

Along Second Avenue between Houston and 14th Street, windows of each bank branch were smashed ... as well as at the Verizon store and Urban Outfitters. Bus stops and LinkNYC kiosks were also vandalized. In addition, trash cans were upturned and tossed into Second Avenue. There were also reports of several mattress fires ... 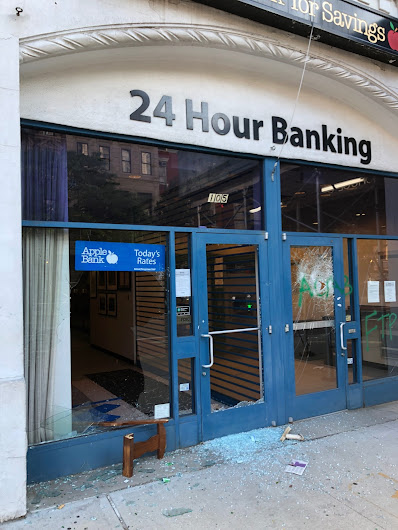 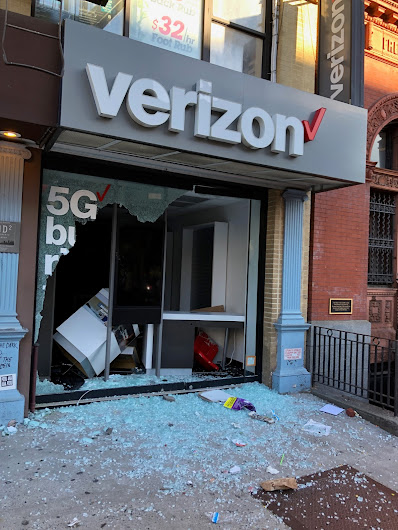 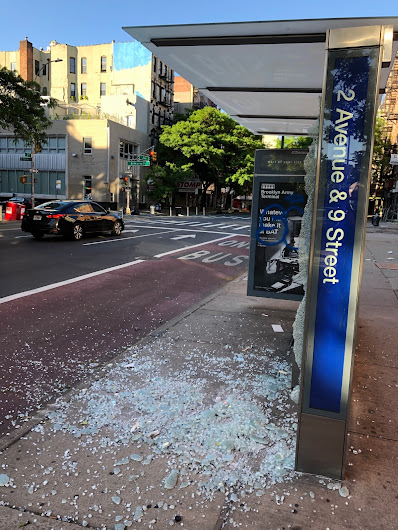 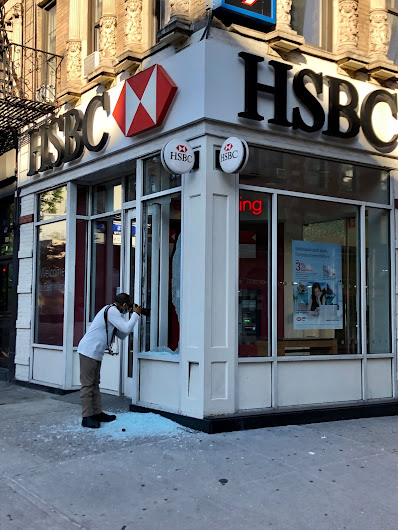 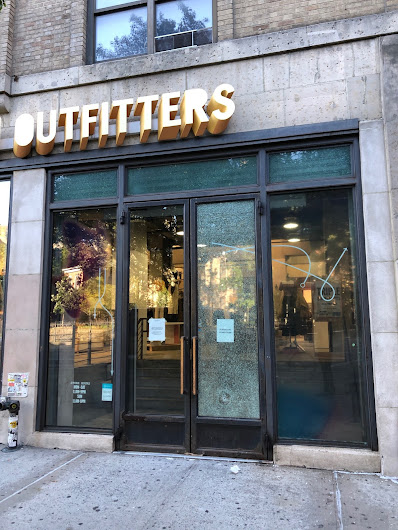 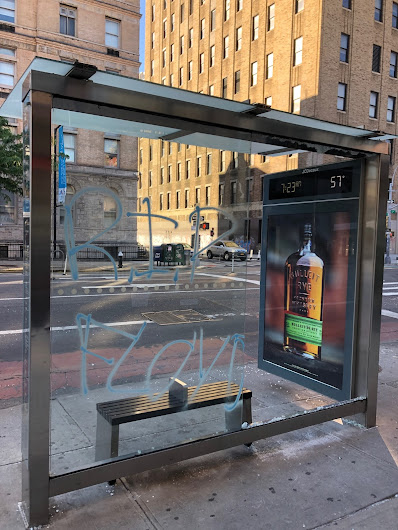 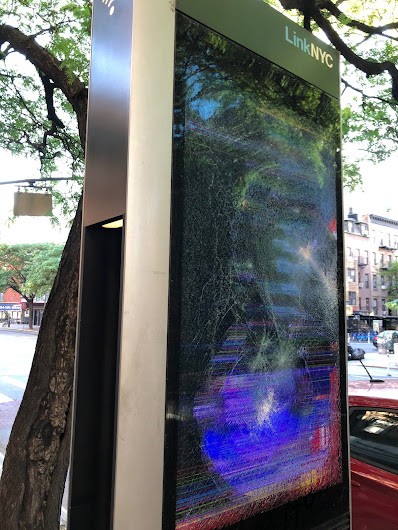 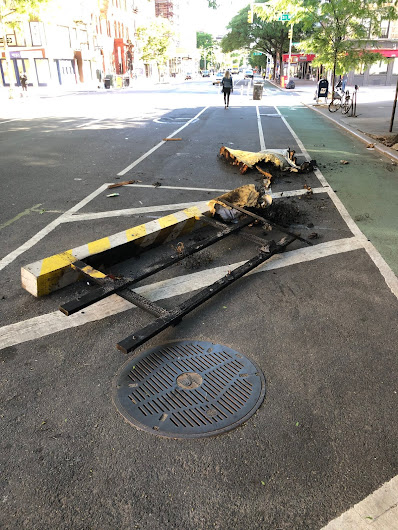 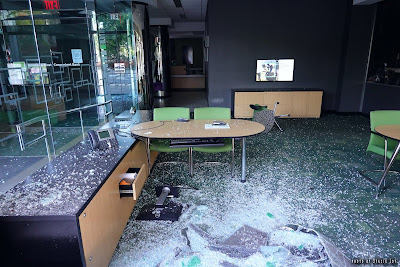 The protests, which took place in all five boroughs, were in response to the death of George Floyd in Minneapolis while in police custody. 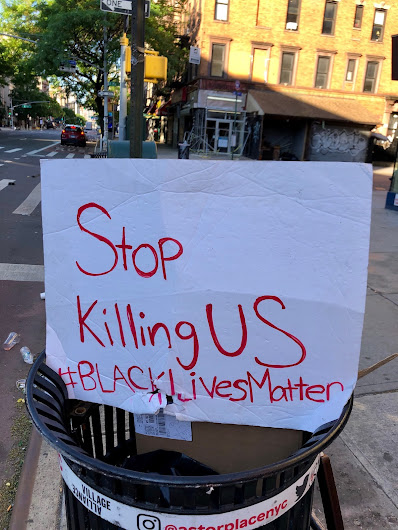 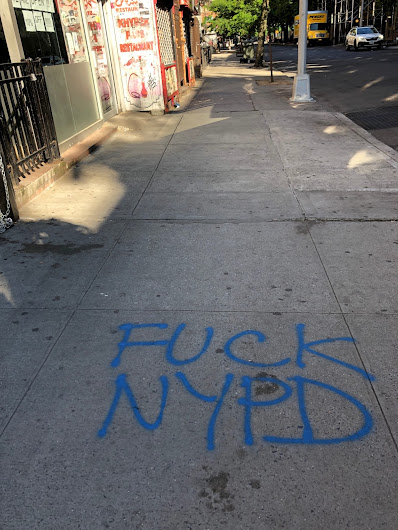 Where are the NYC Politicians and Elected Officials to control the vandalizing (Schumer, Nadler, Rivera, etc.)?

The vandalizing can best be controlled by eliminating the cause for protests.

The mayor was originally elected by promising police reform - it was the centerpiece of his campaign. But they've bullied him into submission, and he's their bitch now.

This happens all over the country. Mayors are scared of the cops because the cops have their own independent power base - the state legislatures. This is pretty much the definition of a police state.

From my fire escape, last night about 1 a.m., was not protest but plain old hooliganism & vandalism. Can some "woke" person explain to me how smashing a bus shelter, smashing windows of small neighborhood businesses already struggling to survive is protesting. Does Apple Bank, one of the last existing local neighborhood banks (i.e. not a corporate branch) deserves this vandalism. Starting fires! Does no one remember the sight of 7th St. and 2nd blazing into oblivion along with two lives and the homes of dozens of our neighbors.
I am in absolute horror at this. Obviously these "protesters" have no interest, knowledge, or personal investment in the welfare of the East Village. Just in smashing things. May I suggest that the next "protest" be on upper Park Ave. (good luck even finding a NYC Link kiosk to smash) Or perhaps Madison Ave. above 42nd St. - lots of windows to smash. See how that goes!!! The East Village does not deserve this.

Addendum: the Fire Dept showed up; I saw no police.

nothing but punks and hoodlums, take away their government benefits and put them to hard labor

Lots of outrage over vandalism in these comments. Where's your outrage about people of color being murdered in plain sight everyday? I guess we know your priorities.

I m so sorry.Antifa has to go!

We can start by trying to stop black on black crime. THE VANDALISM DILUTES THE MESSAGE WE ARE TRYING TO CONVENY.

There’s no equivalency between outrage regarding racism and outrage about vandalism. What does vandalizing small businesses achieve in putting forth a message about racism? Did the vandals mean to tell us that B&H is responsible for the murders of black men and women?? Spraying messages on buildings has a purpose, but smashing windows of small businesses? What’s the message in that?

These criminals burrned my car and looted my business on 13th. This is not my New York. I lived through 9/11 and Sandy and stayed through the COVID pandemic. But this blatant crime spree is the last straw for me. Take care of this once great city in my absence. I can’t watch my home be destroyed from outsiders and from within anymore.

I am sorry for what happened to your business and heartbroken over what’s been done to our neighborhood.

Which is your business? I am terribly sorry to hear this. I am a small business owner as well, quite fearful of the coming days.