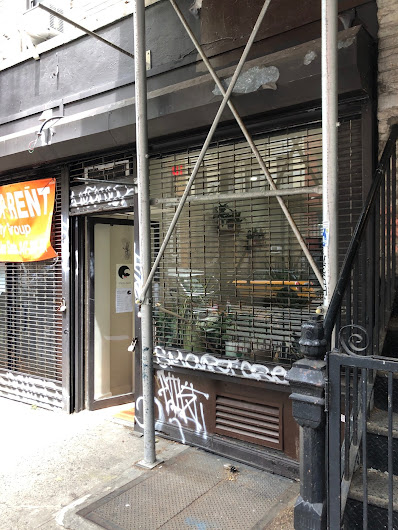 Florence Fabricant had a quickie preview at the Times:

Omakase to take away is the work of Mike Lian, who was the sushi chef at Sushi by Bou in the former Versace Mansion in Miami Beach. He’s a mere 23, but has been rolling rice and slicing fish in New York and Florida for the past seven years ... When it opens formally, there will be a mere eight seats. Linda Wang, who is an owner of Ume in Williamsburg, Brooklyn, is a partner, along with Mr. Lian. 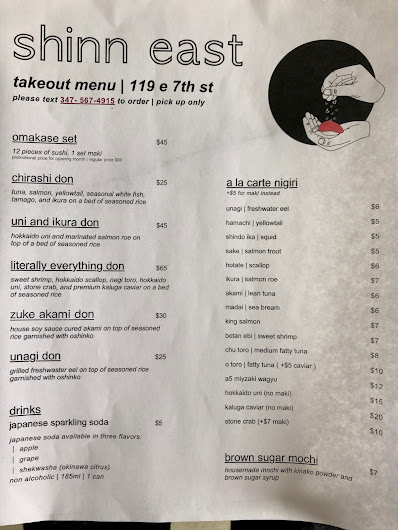 You can find photos and details on their offerings via the Shinn East website.

Figures that the first place that opens for sushi has to be beyond my price range. Seriously, 7 bucks for one piece of sushi? That's a new benchmark, and one I won't cross.

Huh? Menus says they have a sushi set for $45 that comes with 12 pieces and a maki roll. Thats less than $4 a piece. How cheap do you want your raw, fresh fish to be..

@Anon. 2:27, not a fan of omakase, I'm talking about individual pieces of nigiri. And there are usually plenty of places in the neighborhood where I can get good, fresh fish for a lot less.

Help us find those places, please.