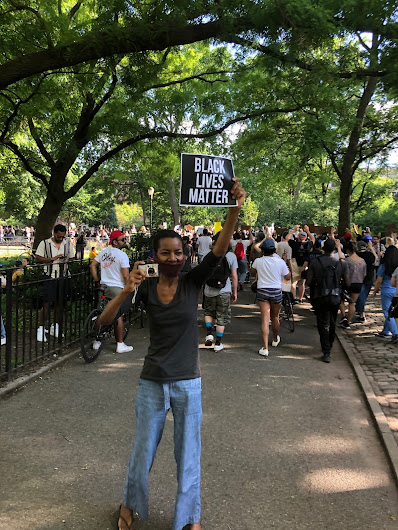 Protestors fanned out across the city today, including two groups who marched through the East Village late this afternoon.

The protests, like others around the country and NYC in recent days, were sparked by the death of George Floyd in Minneapolis this past Monday.

One group, numbering in the hundreds, entered Tompkins Square Park at Ninth Street... and exited on Seventh Street and Avenue B... Steven shared these photos... 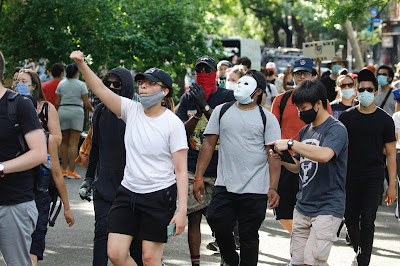 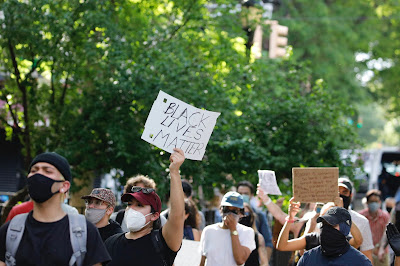 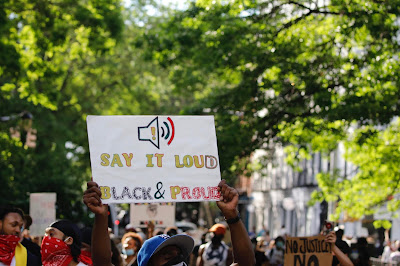 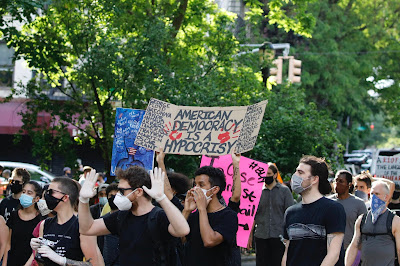 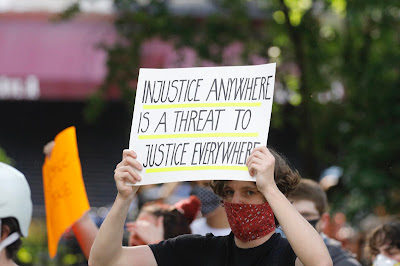 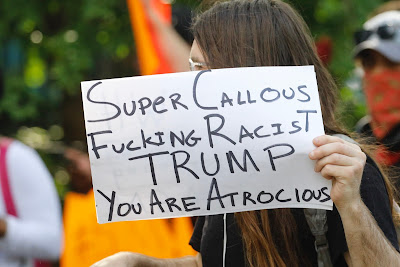 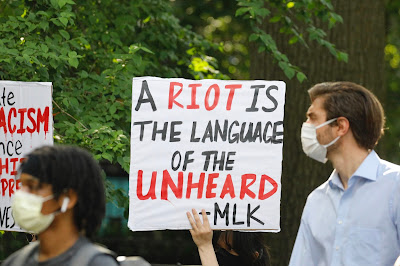 Another group, numbering at least 1,000, with a large NYPD presence following along, entered the East Village via Second Avenue.... EVG reader Ben Lebovitz shared these photos on Second Avenue between Fifth Street and Sixth Street... 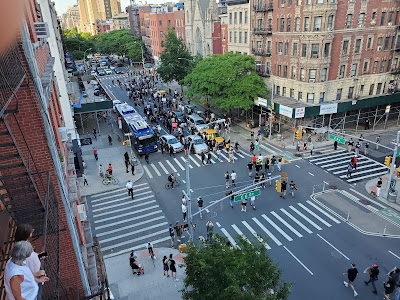 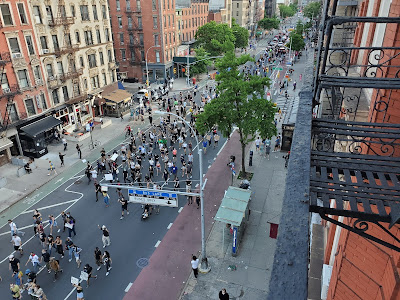 The blocks-long assemblage turned on Seventh Street, then went south on First Avenue... these reader photos show the size of the crowd on First Avenue ... 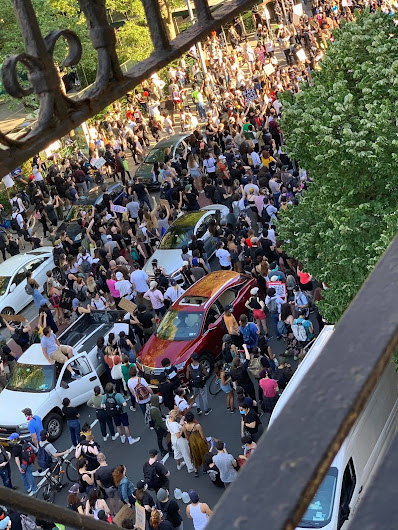 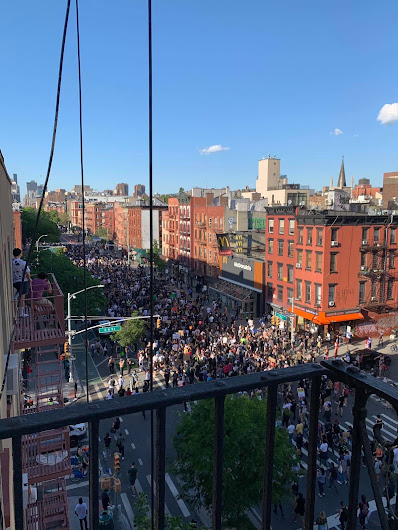 ... who stopped on Fifth Street, shouting "Black lives matter" and, "No justice, no peace." The NYPD had blocked off Fifth Street between First Avenue and Second Avenue, the location of the 9th Precinct.

Peaceful protestors on 1st Avenue at 5th Street near the 9th Precinct pic.twitter.com/yN9O1bqjyR

The group then moved on to the north.

There were also reports of protestors outside PS4 on Avenue C and Eighth Street.

While the groups in the East Village early this evening were described as peaceful by passersby, ABC 7 reported that there were at least three dozen arrests in the city today related to the various protests.

The Times has more on today's protests here.

There are now reports of broken windows along Second Avenue (the TD Bank location at First Street and Le Fournil Bakery at Seventh Street). There are also reports of several burning vehicles around Union Square.

Another NYPD vehicle taken down in Union Square pic.twitter.com/fWrHkFEQDE

My photographer Greg Giglione just took this video of two NYPD Vans being lit on fire, near Union Square. A police officer yells that there are bullets inside and for everyone to stay back. We have heard several mini explosions. @CBSNewYork pic.twitter.com/cl9yLCtLkE

And there are reports of trash-can fires on Second Avenue between Seventh Street and St. Mark's Place...

Broken windows at the Adidas store on Broadway at Houston via Dave on 7th... 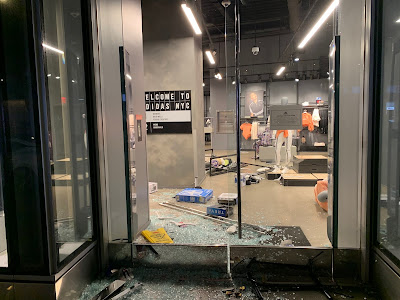 It's 2:30 in the morning and I'm still hearing helicopters on 2nd and 11th. These riots are happening across the country. Has anything like this ever happened in history? Asking honestly.

Emily,
You must be very young, or had very poor history teachers in school. American History is a history of protest, dissent, righteous anger, the search for justice. Read about the 1960's. Read about the grand Civil Rights marches, Freedom Summer, the Freedom Riders. Look up the egregious acts of injustice years ago in Tulsa, Topeka, East St. Louis. How about the week of violent unrest here in NYC in July 1863 - The Civil War Draft Riots. One can argue that the fabled Sons of Liberty in the 1770's resorted to a bit of riot.
The violence and looting saddens me - but the egregious murder of minorities at the hands of some police officials outrages me. These things will end when We the People use protest and dissent to hopefully bring about the day when there is 'liberty and justice FOR ALL."

@Older Historian - I'm young, but I'm familiar with those protests. Don't be so pedantic. What I'm unclear on is whether, in this city, we've ever set garbage cans and cop cars on fire, threw molotov cocktails into cop cars, graffitied the Wash Square arch, broken windows in so many neighborhoods. I know we've protested before (as we should) but to me this seems next level.

Others, we are facing some hard truths. Read this from Kareem Abdul Jabbar from today's LA TIMES:

HI Emily, I think that is a very good question and I am sure you had fine teachers in school. I have lived in the east village for 22 years. While there have been various protests, some not related to racial inequality, I have not experienced an ever-present helicopter running from 2 pm to 2 am and later for days on end. This morning it cut in at 5 am and sounded like it was over T.S. park and hovered for over an hour. Damage and looting can happen not even during riots, such as SantaCon, where drunks damage east village property, et cetera, but the looting in the East Village of the last four days I haven't seen in the 22 years living here. Please stay safe and e-ville curious. :>}