Oh look at the opossum in Tompkins Square Park 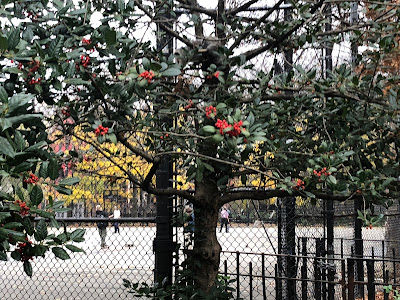 An EVG reader shared these photos from Tompkins Square Park today ... where an opossum was spotted lurking in some holly bushes... right there! 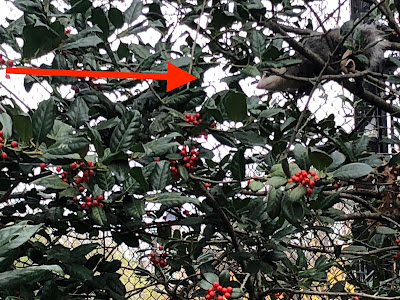 Nearly three years have passed since our last opossum sighting here (whatever happened to Nicodemus Punch Sugarpop aka Parachute ChingChing Yanoonoo aka Opie...?)
Updated 7:30 p.m.
Steven and Eden had a sighting this evening... 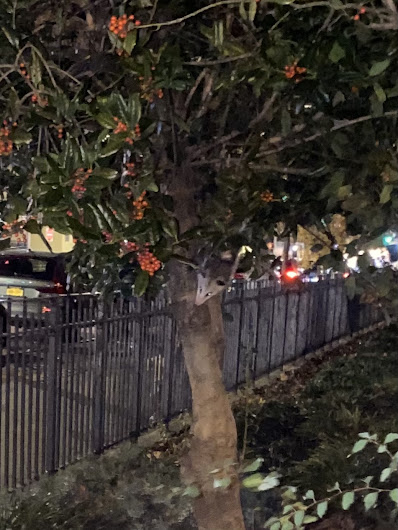 If you want to give the opossum a special treat give it a persimmon. They adore persimmons.

We need to name it. It was so cute.

That opossum is a menace! Thrice he laughed at my porkpie hat!