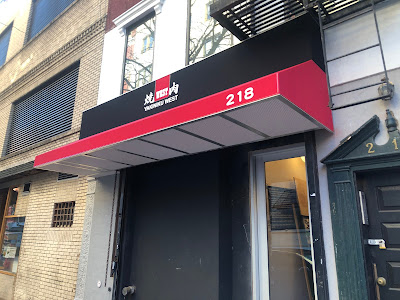 The long rebuild of Yakiniku West is coming to an end here at  218 E. Ninth St. between Second Avenue and Third Avenue. (Thanks to William Klayer for these photos!)
The restaurant, which offers Japanese barbecue, will reopen next Wednesday (Nov. 25), according to its Instagram account.
And here's a quick look inside the door... 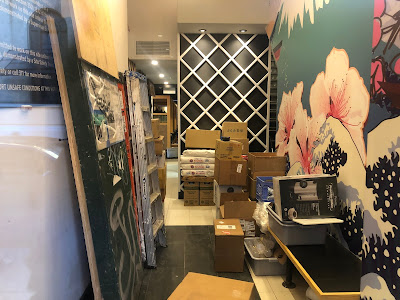 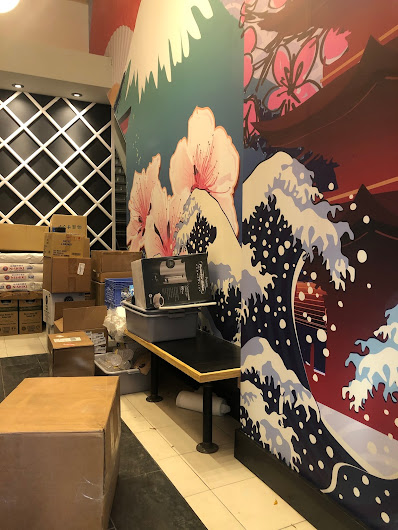 A two-alarm fire broke out in the building in April 2018. Fire officials reportedly deemed the blaze an accident due to wiring on the ceiling of the first level. Owners had previously hoped to reopen last fall, but those plans never materialized.
Posted by Grieve at 5:00 AM

Does it really make sense for Yakiniku West to try reopening over winter? Without real outdoor or takeout options, it feels like they might as well wait until vaccine distribution begins and more people are comfortable eating indoors among others. With luck, that might only be three or four months from now (trying to be optimistic here).

Oh, good to hear they survived. Of course now the next shutdown will kill it and every other place off.