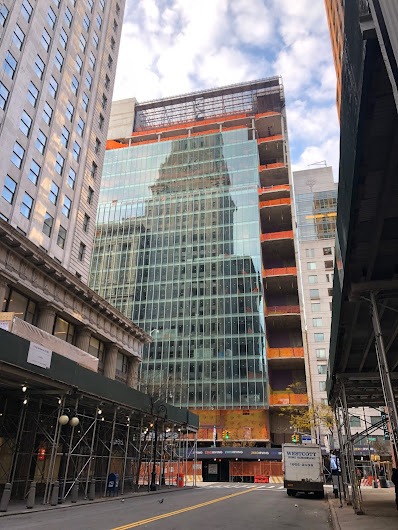 The de Blasio Administration has reportedly withdrawn its proposal to require special permits for new hotels in the area south of Union Square.
As The Real Deal reported on Nov. 20, "the city quietly withdrew an application to establish a 25-block area where any new hotel construction requires a special permit. The decision came at the urging of the City Council."
The City Planning Commission had approved the application prior to the COVID-19 pandemic.
ouncilmember Francisco Moya, who chairs the body’s zoning subcommittee, said in a letter to Marisa Lago, the director of the Department of City Planning. “As we all know, the policy landscape has changed profoundly in the last seven months, and we believe it’s important to evaluate our efforts in a citywide context with respect to the regulation of hotels.”
The Hotel Special Permit plan was seen by elected officials as a way to provide protections for the surrounding neighborhood as a component of passing the upzoning for the tech hub (now Zero Irving pictured above on Saturday) on 14th Street at Irving Place back in 2018.
Critics of the plan had argued that the requirement of a special permit for hotels from Third Avenue to University Place would have little to no effect on the potential development that the tech hub might expedite.
Andrew Berman, executive director of Village Preservation, which led the opposition to the plan, released this statement last week:

"Though presented as such, this plan would never have provided any meaningful protections to the area of Greenwich Village and the East Village south of Union Square, where historic and residential buildings are being destroyed to make way for soulless high-rises. Now that this deeply unpopular plan has been shelved, we urge Mayor de Blasio and Councilmember Carlina Rivera to truly address the need to protect this neighborhood, its history, and its character."

According to The Real Deal,  despite the withdrawal of this particular plan, the city remains committed to studying whether such a mandate would work citywide.
Previously on EV Grieve:
• The conversation continues on the now-approved tech hub for 14th Street
Posted by Grieve at 5:30 AM

huge appluse and thanks to Andrew Berman and the people working within the Village Preservation organization.

Too many hotels, too much overdevelopment, they're ruining everything

Manhattan would be a better place if we have more green spaces in the likes of Bryant Park and less so of Union Square Park. So restaurants can offer outdoor dining in an area conducive to eating out versus the gritty sidewalks that you find in this pandemic. Also, the food kiosks are great too.

are they really calling it "Zero"? Ha ha

@Beacon, NY: Unfortunately, the main raison d'être for restaurants to exist is their liquor license; this allows them to stay afloat and atmosphere is secondary.