A conversation with Lilly Dancyger, author of the East Village memoir 'Negative Space' 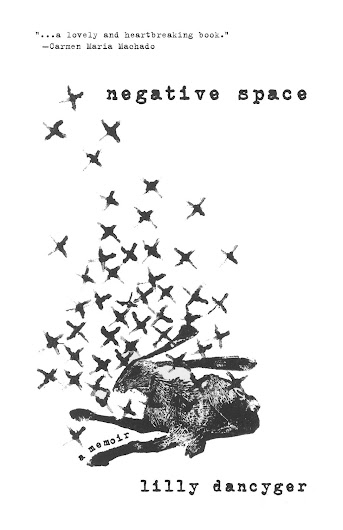 Growing up in the East Village, Lilly Dancyger had many happy memories, from sitting and reading books at the Strand to getting ice cream at Ray’s Candy Store.
At the same time, however, she learned that there was a troubling undercurrent to her childhood as her parents struggled with drug addiction.
Her father, Joe Schactman, was an artist who made sculptures and other art out of discarded objects and was part of the vibrant East Village scene in the 1980s. He died suddenly at age 43 when Dancyger was 12 years old. (A cause of death was inconclusive.)
She spent her teens often in a rage, dropping out of school, experimenting with drugs and staying out all night wandering around the city. Years later as a writer and journalist, Dancyger revisits her own past and father's legacy in “Negative Space” (SFWP), a must-read memoir released to positive notices this spring.

Thank you for doing this Q&A. I can't wait to read the book. I was surprised to read that she moved to the Upper West Side. But as a longtime resident of the EV, I get it.

Excellent interview, Grieve! I really loved this book and following Lilly's journey in discovering her father and herself. Many thanks for recommending it.

Lilly is amazing! Happy for her but miss seeing her around the hood every day.

Sorry the East Village is losing home grown artists like this! She's the exact opposite of who I would want to move to the UWS.

Lilly is a true artist--smart, capable and together. It is a shame we lost this young woman to the Upper West Side. We could use her energy here.

Looking forward to the read..Can't yet find in Wisconsin.Can do ebook but want to hold the book...for me only way to read. Thanks