The Village Voice said to be restarting a print edition 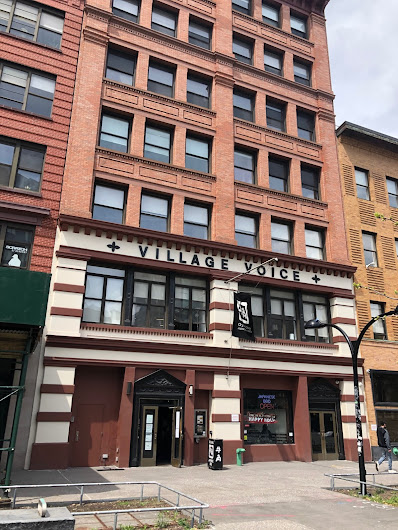 The Village Voice has hired Steven McKenna, the former CEO of Dan's Papers, to serve as the publication's chief revenue officer.
According to Keith Kelly at the Post, with McKenna on board, the paper will launch a monthly print edition this fall with plans for an issue every other week in 2022. (The Voice next needs to hire an editor-in-chief.)
At the beginning of the year, the publication returned online with new ownership in Brian Calle, the chief executive of Street Media, the owner of LA Weekly. A quarterly print edition of the iconic paper was in circulation this spring. (I never did see one out in the wild.)
Previously...  the Voice website ceased publishing new content in August 2018 ... this after the final print edition in September 2017 — a 176-page commemorative issue with Bob Dylan on the cover.

Previously on EV Grieve:
• The Village Voice is returning, and is this a good thing?
Posted by Grieve at 9:00 AM

Maybe they will bring back Michael Musto

Musto had an Oscar preview in the spring print edition.

Will it be free to the public again or will it go back to the older original incarnation where it will be for sale on newstands?