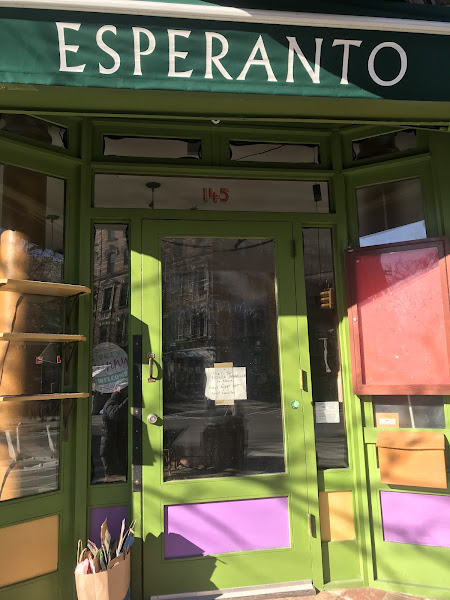 An EVG tipster shares these photos of the former Esperanto space, which apparently has a new tenant.
A sign on the door here on the NW corner of Avenue C and Ninth Street for the USPS includes the names La Flaca and Robert Gonzales ... 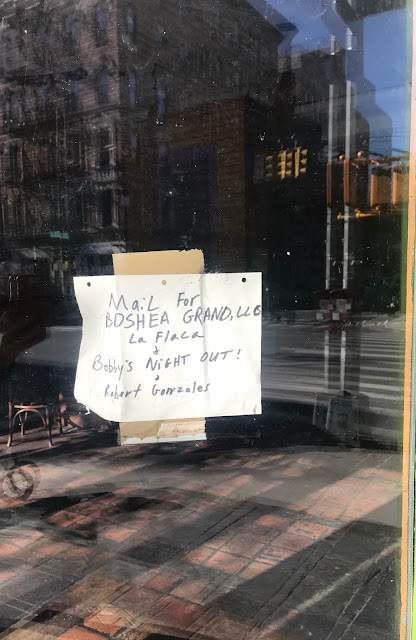 Gonzales, a native of New Mexico, operated La Flaca — billed as "New York's premier New Mexican bar and restaurant" — during a 10-year run (2010-2020) down on Grand at Suffolk. Looks as if they're just starting to settle in here and have yet to appear before CB3 for a new liquor license.
Esperanto quietly closed sometime in 2021 after 22 years in service.
Posted by Grieve at 5:00 AM

Esperanto was the first place I ever had a mojito.

So excited to hear La Flaca may be coming back! I miss them so much on Grand Street--real community hangout.

And we gettin a Taco Bell! Life is good.

Yeah, I've eaten at LaFlaca several times and I don't think it's very good, sadly.
Esperanto will be missed :(
-IzF