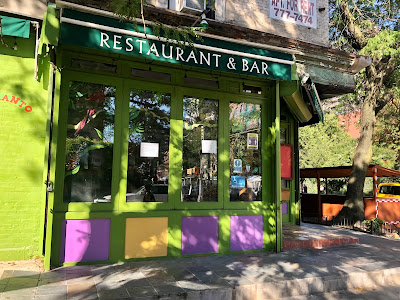 Several readers have noted that Esperanto has not been open lately on the northwest corner of Avenue C and Ninth Street. (H/T Salim!)
There aren't any notices about a temporary or permanent closure on the restaurant's website or social media channels. However, the interior is now mostly empty... 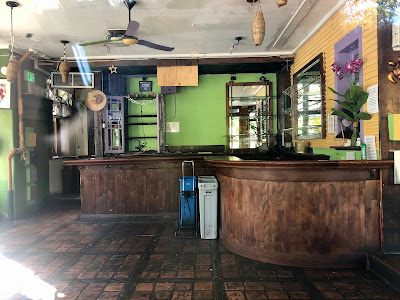 Open Table also lists them as permanently closed. And the phone has been disconnected.
Esperanto, which served what they called "Latin fusion," had been open dating back to March (after a winter hiatus) ... with its usual sidewalk seating — offering views of La Plaza Cultural and 9th Street Community Garden & Park — as well as two curbside dining structures. 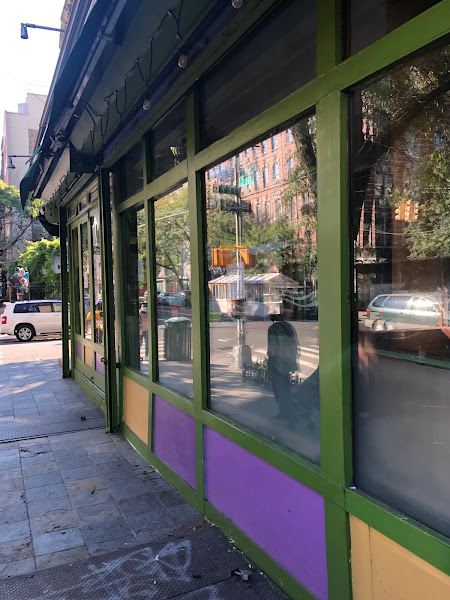 Oh no! I loved the food and the vibe. This is a huge loss for the neighborhood.

A major suck. They anchored that corner.

Where am I supposed to get a very good Mezcalita and pao de queijo? No, really, where?

Hi JV!
Thanks for the question! You can look up the word "Mezcalita" and there will be recipes, ingredients, and instructions on how you can make your very own Mezcalita!
Have a nice day.

Pao de queso (queijo?) is also easy to make, or buy frozen and bake at home. But not as a replacement for a reliably welcoming neighborhood corner restaurant. I’m very sorry to see it go.

Very sad. I love Esperanto. Hopefully, they will re-open….

Sad. Place was the spot to be during the World Cup if you wanted to celebrate and feel like you were in Brazil.

Re: "(after a winter hiatus)" or more accurately a King Cuomo extended shutdown that existed only in NYC.

In the last few years it served meh overpriced food. And the Brazilian vibe got toned down as well.

Classic place, hope it comes back in some way that is fitting

Anyone know what happened to Sunny's Florist on 6th Street and Second Avenue?

I used to patronize this restaurant a lot when I moved a few blocks down in 2010. I am still here, but haven't been there in a long time. I used to love their chicken sandwiches, fries and mojitos among other items. I will admit the quality of food and service took a plunge around 2014 or 2015. It was such a lively place. Not sure what happened. I am sad it's gone. Nothing seems to last forever on this island. RIP Esperanto :(

This is the worst.

Wow. Sorry to see them go. Had I known this was imminent I would have had one last caipi at least.

On another note, their shed is still there filling up with garbage. The new bike lane on Ave C abruptly ends right where the shed begins. For sure a homeless person will move in there if the space remains unoccupied. Not a good use of space.

Always loved it there ! Went there many years
Wish them luck

Someone else will take that space though … ( assuming rent is not insane) great location!

nooooooo! The coco punch here was my favorite drink in the city.