Scone mania: At Mary O's, an Irish blessing and 20,000 pounds of self-raising flour 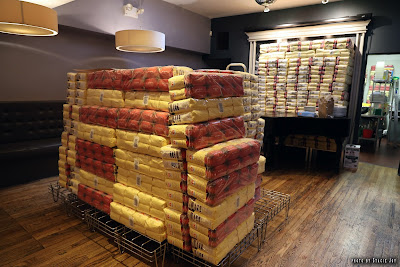 Photos by Stacie Joy
As you may recall, Humans of New York featured Mary O'Halloran, the proprietor of Mary O's, the 11-year-old Irish pub at 32 Avenue A between Second Street and Third Street, in early August. (Here's her story, courtesy of Brandon Stanton, about trying to keep her business alive while also caring for her six children.)
On a Thursday evening in August, Stanton followed up with a special promotion — the limited edition Mary O's "HONY" Irish soda bread scones. Stanton shared the deal with his more than 20 million social media followers worldwide. According to an Instagram post from Stanton, they took in more than $1 million in orders for scones by the end of the night.
Impressive, but there were some immediate logistical concerns. Such as! How to bake roughly 200,000 scones from Mary O's small kitchen.
There is a solution: Over the next two months, O'Halloran and some helpers will use the large ovens in the basement kitchen of St. Francis Xavier Church on West 16th Street to create these orders.
Fast forward to early last week, when 20,000 pounds of self-raising Irish flour was delivered (via Dublin) to Mary O's. To start the project, "the flour was infused with an Irish blessing by Mary herself, in an ancient ceremony featuring electric candles," as Stanton wrote in a Facebook post. (You can watch a video of the ceremony on Facebook.)
EVG contributor Stacie Joy stopped by Mary O's to watch part of the flour-blessing ceremony... 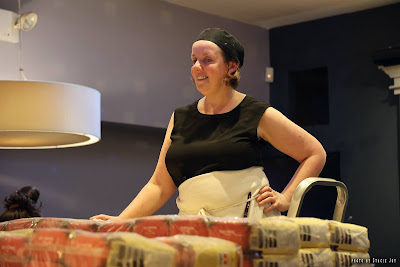 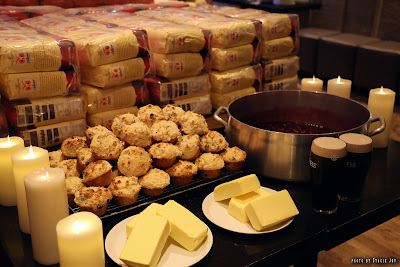 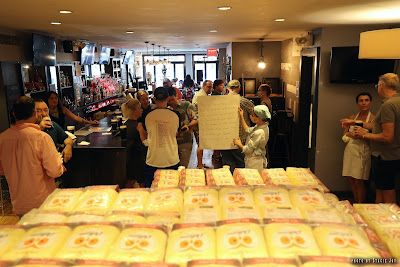 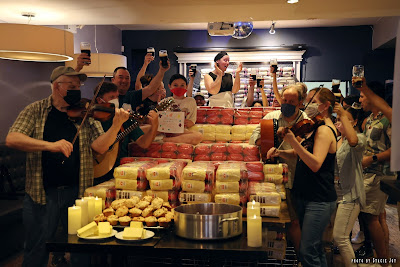 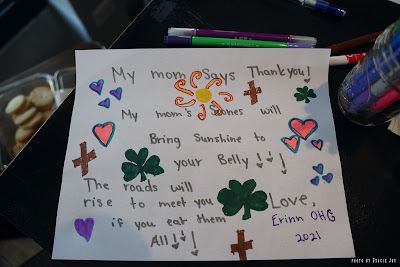 The next steps will include packing up boxes of scones for delivery and preparing the 7,000 pounds of homemade blackberry jam to accompany them... 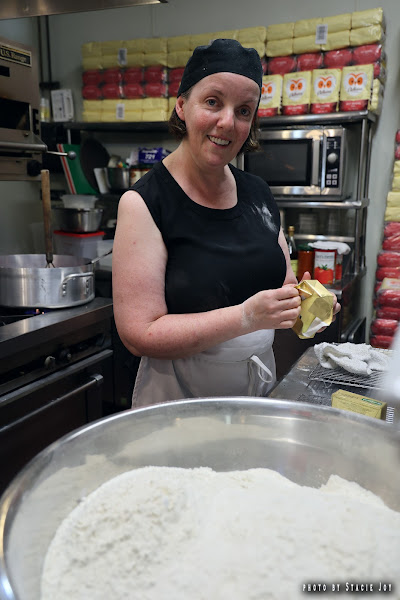 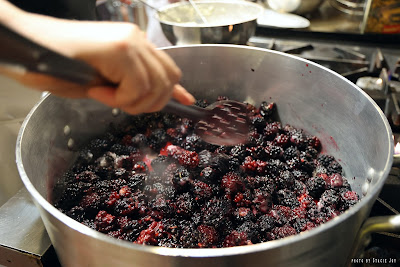 She is a neighbor as I live nearby in Allen Street and my girlfriend and I are greatly anticipating the Shepard’s pie when we visit next. What makes it even better is thay my high school is now involve in helping. Go Xavier!

Such a lovely story and an amazing undertaking and what a cool way to solve some problems. Wonderful, too, that the church provided a cooking space. Bravo to all involved.