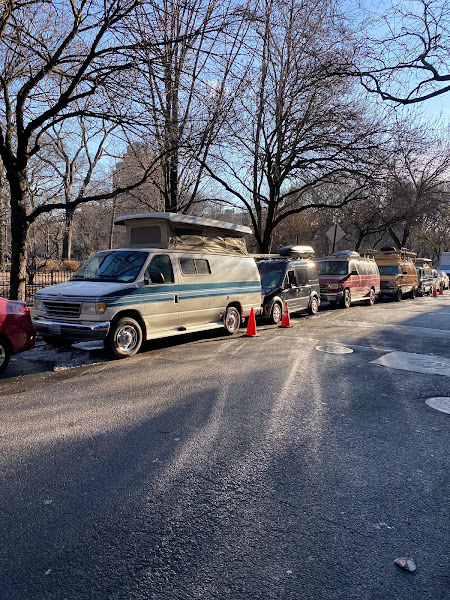 "Law & Order" came to town the East Village today.
As noted yesterday, crews erected a tent city ahead of filming in Tompkins Square Park, not all that different from the actual tent city the city discarded in the same area this past November.
EVG correspondent Steven shared these pics from earlier today... as some film vehicles were put into place on Seventh Street between Avenue A and Avenue B... (maybe this will be an episode about illegal van AirBnBs?) ... 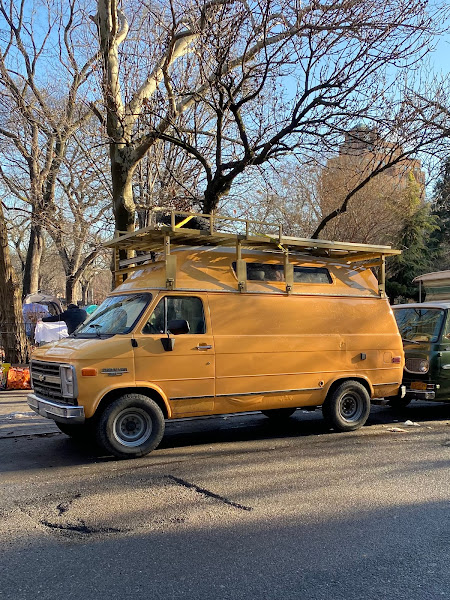 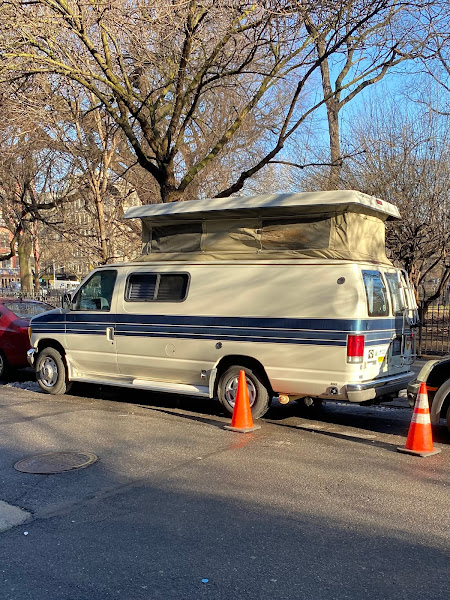 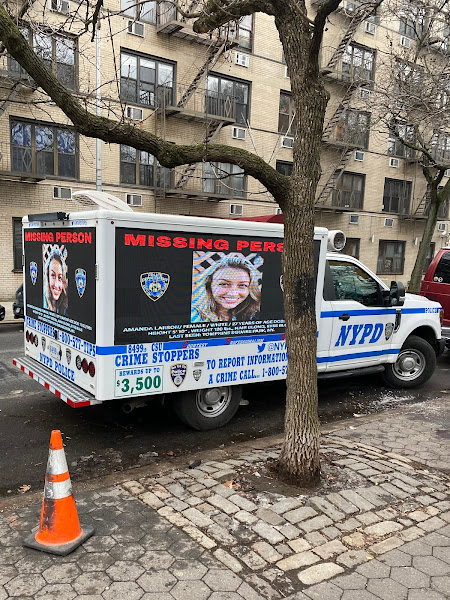 ... of course, we weren't the only media outlet here... those pesky SOBs from WXDV were on hand along with a crew from 1NYC... 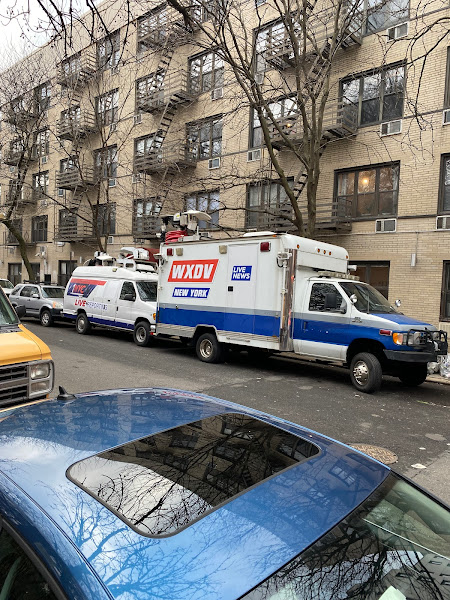 ... a crew member also created a makeshift memorial inside Tompkins Square Park for a scene... 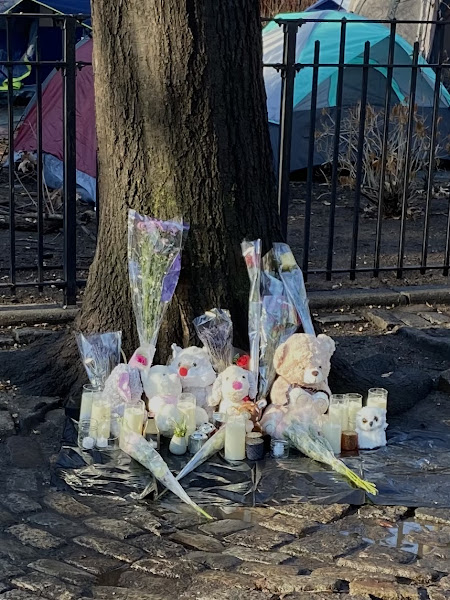 The original "Law & Order" debuts on NBC on Feb. 24. No word when this episode will air.
This 21st season will once again feature Sam Waterston as Jack McCoy ... new cast members include Odelya Halevi as ADA Samantha Maroun, Jeffrey Donovan as Det. Frank Cosgrove and Hugh Dancy as senior prosecutorial assistant Nathan Price.
The Emmy-winning series originally ran for 20 seasons on NBC, from 1990 to 2010, with 456 episodes. The franchise has been a regular presence on EV streets during its run.
Stay tuned for a few more pics!
Posted by Grieve at 6:11 PM

Cultural appropriation at its best.

When you see WXDV vans, do you shake your fist at them, yelling "CURSE YOU, RICHARDS????" Truly, a rivalry for the ages.