A mural ' to honor the indomitable spirit of Ukraine' 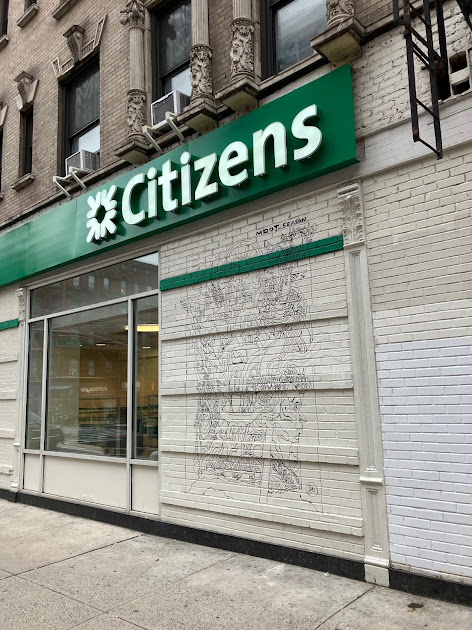 The new Citizens Bank branch on Ninth Street and Second Avenue is marking the one-month anniversary of Russia's unprovoked invasion of Ukraine with a new mural.
Via the EVG inbox...

Ukrainian artist Misha Tyutyunik will be painting a large-scale mural with public participation at the Citizens Bank branch in Little Ukraine, East Village. This mural was designed with the people of Kyiv during Tyutyunik's time in Ukraine during his Fulbright program. The mural is a gift from Citizens to its neighbors to honor the indomitable spirit of Ukraine.
The bank opened branches across New York City in February with a mission to support the neighborhoods they are in. In addition to the mural, Citizens will announce a donation to UNWLA, a women-led organization [based in the East Village] that has taken extraordinary efforts to raise money to help Ukrainian refugees.

Signage shows that the work will take place between noon and 2 today... 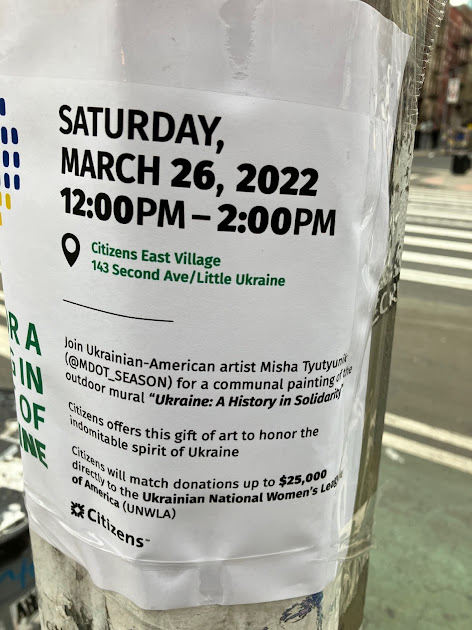 Such a lovely idea but it will unfortunately very likely just be covered completely with graffiti mere hours after it's done, just like the lovely plyboard flag that was painted on 1st and Houston where people wrote so many lovely messages.