Rest easy, citizens of 12th Street — the large animal invader has been slain 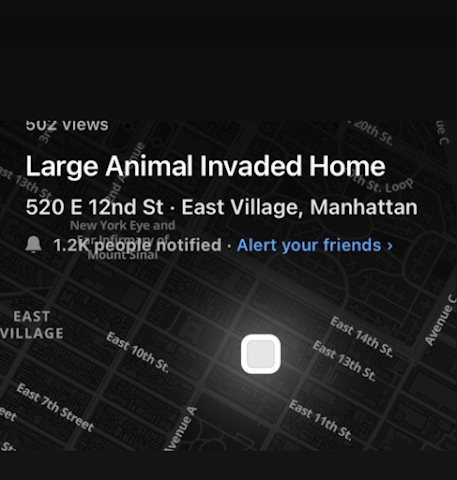 The following report showed up on the Citizen app late Sunday night — "large animal invaded home."
The address was listed as a building on 12th Street between Avenue A and Avenue B.
The report prompted A LOT of speculation — at least in the EVG Instagram Stories.

What could this large animal invader be? A crocodile? A deer? A bobcat? C.H.U.D.? Chupacabra? So many possibilities! (Also, keep in mind that Citizen has posted inaccurate information in the past.)
Ever-curious EVG contributor Stacie Joy ventured over to the building to learn more about this urban creature/home invader... 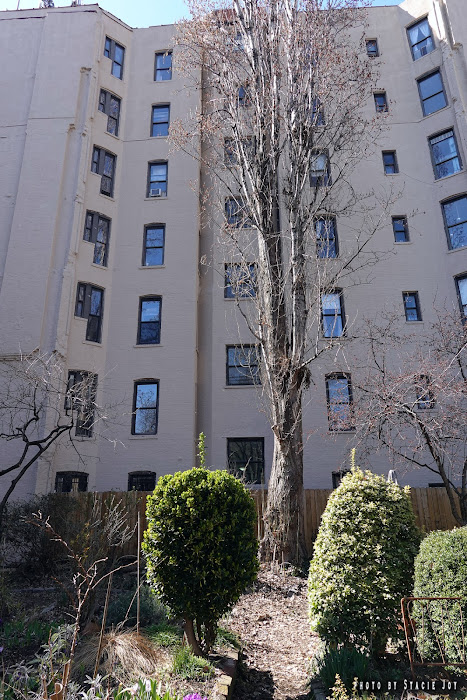 Stacie spoke with the super, Oly, who held up the slain beast... 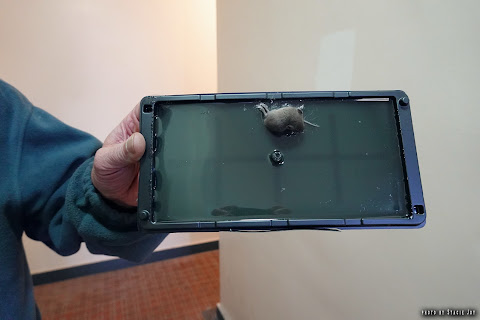 So how did what appears to be a baby mouse on a glue trap end up as a "large animal" home invader?
Here's what we pieced together based on some Instagram messages and the visit to the building.
The residents of the unit heard a "loud" screeching coming from the kitchen. Living adjacent to a community garden, maybe an opossum found its way into the building and was trapped in an airshaft or in the walls. Thinking it was some kind of animal control situation, they called 311. The 311 operator then told the residents to contact their local police precinct.
It's not clear at the moment how this became a "large animal invader." Perhaps the NYPD was curious, too, as we're told eight officers eventually responded to the scene.
Posted by Grieve at 4:57 AM

8 cops huh? Not too surprised. If you REALLY needed them you'd be lucky to get one.

Those glue traps are horrific and should be banned. Sure they kill the mice but it's a long, slow, agonizing process, as evinced by the screams of this dying baby. Pets also get snagged on them, I had to pry one off my neighbor's cat a couple of years ago. Snap traps are far quicker and more humane.

Those glue traps are so cruel. That mouse was screaming in agony.

The police show up and someone bitches. if the police didn't show someone would bitch.

And here I thought it was a drunk, douche-bro left over from the weekend accidentally going into the wrong apt. #Sillyme/wishfulthinking

I hope the people in this building get together and demand management stop using glue traps. There are more humane options.

Hate mice, they can bring disease and harm our pets. frig em.

Glue traps are horrible and they don't discriminate. Lord help you if your pet steps on one. They don't "kill" so much as the torture the animal into trying to escape, tearing off its own skin, fur, and even limbs. They should be banned.

Give a cat to every tenant!

If you ever need to free an animal from a glue trap again, a little oil around their feet should do the trick.

It would be nice to see some of the neighborhood slumlords get caught on glue traps.