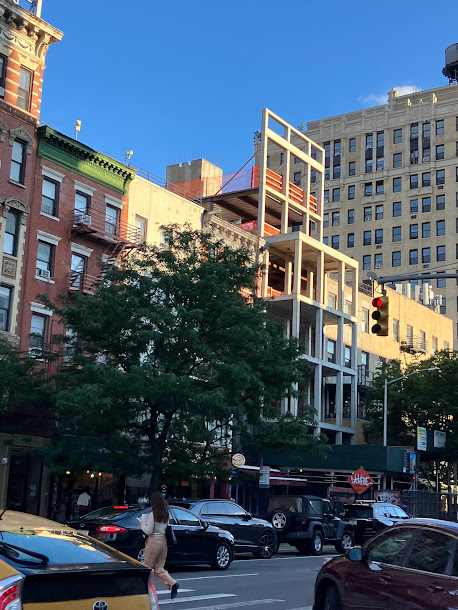 We're now into year number 5 of gut renovations at 180 Second Ave. between 11th Street and 12th Street ... which has meant almost five years of a blocked bike lane and a section of Second Avenue ... not to mention a sidewalk bridge blocking out the light for sidewalk cafes at the restaurants on either side of the building — Pangea on the right and Cacio e Pepe on the left.
According to the previously approved work permits with the city, workers are converting the building to residential use and adding two floors — from five to seven — in the process. Permits show that there will be one residential unit on each floor. (Condos?)
As the top photo shows, workers appear to have started the framework for that seventh floor. (See below for a rendering of the all-new No. 180.)
As previously reported, dating to June 2017, the building was designed to earn LEED Platinum and Passive House certification, complete with a green roof with solar hot water panels for each residential unit.
The Chicago-based Polish National Alliance was the previous owner of No. 180. The building housed the Józef Pilsudski Institute of America, the largest Polish-American research institution specializing in the recent history of Poland and Central Eastern Europe. (They found a new home in Greenpoint.) According to public records, an LLC bought the building for $6.75 million in June 2014. City Realty listed the new owner as Robert Stern.
As for the ground-floor retail space, the Ninth Ward was the previous tenant. That New Orleans-themed bar closed in February 2016. The Ninth Ward was said to return to this space after the gut renovations, but that was in mid-2017.
Previously on EV Grieve:
• The renderings for the all-new 180 2nd Ave. include Leonardo DiCaprio on a Citi Bike 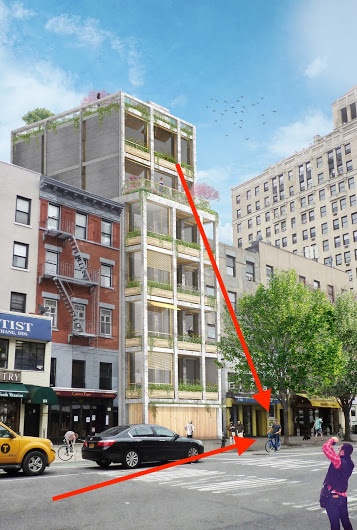 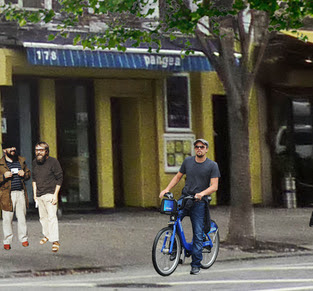 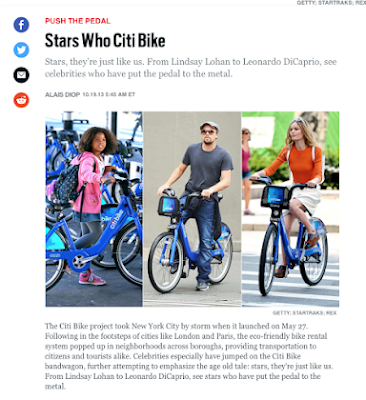 Looks great! Too bad they're only adding 2 stories. What a missed opportunity.

Doesn't that building look like it sticks too far out? That's legal?

Good old Open Pantry is visible on the bottom left of the rendering.

The bike lane detour is actually better and safer than the standard design of the city: concrete Jersey barriers provide better protection from moving vehicles than flexible plastic delineators.