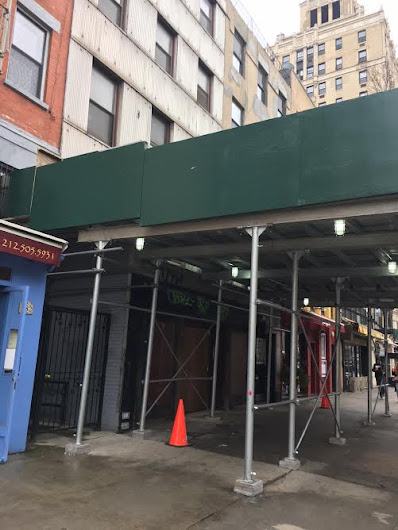 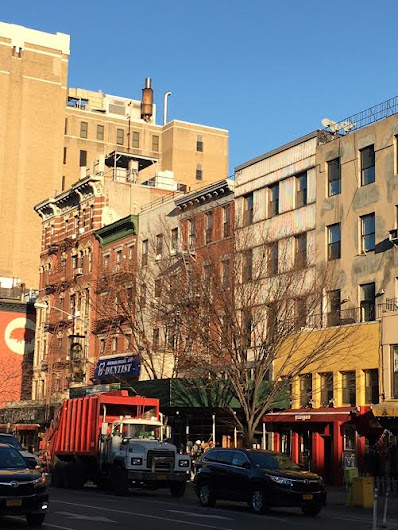 According to the previously approved work permits on file with the city, workers are converting the building to residential use and adding two floors in the process. Permits show that there will be one residential unit on each floor. (Condos?)

As for the ground-floor retail space, the Ninth Ward was the previous tenant. That New Orleans-themed bar closed in February 2016. Earlier this year, co-owner Robert Morgan told me via email that the Ninth Ward would be returning to this space after the gut renovations.

"We recently opened a updated version of Ninth Ward in London and it’s doing fantastic across the pond. We’ll be bringing that incarnation of Ninth Ward back to 180 Second Ave.," he said in June. In the meantime, the Ninth Ward's wooden beams and original bar are "resting peacefully in a barn in Massachusetts."

The Chicago-based Polish National Alliance was the previous owner of No. 180. The building housed the Józef Pilsudski Institute of America, which is the largest Polish-American research institution specializing in the recent history of Poland and Central Eastern Europe. (They found a new home in Greenpoint.) An LLC bought the building for $6.75 million in June 2014, per public records.

Previously on EV Grieve:
2nd Avenue bar Ninth Ward is closing for good on Feb. 14; building rumored to be demolished 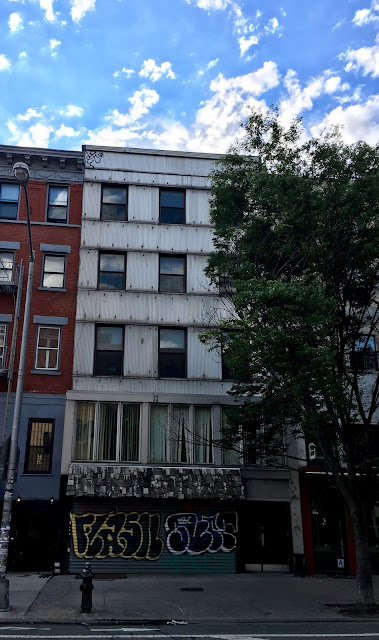 Who would pay good money to buy a condo above a bar, esp. a "new" condo that is likely to be very pricey? Or are they assuming all the owners will be party-types?

Cool glad 9th Ward is back. Will miss decor and booths and fireplace, but interested to see the new build out.

And anon 4:24, this is a nice block, living over a bar and row of restaurant / cafes almost adds to the value. Across from a great cinema too. People will line up for these, unless they go triple mint finishes by a european archetict, and all that malarkey. Hopefully they are more fiscally accessible.

Sad- they were a commercial building now condos. Never liked Ninth Ward. One more boozy, retro themed cash cow. Just looked on DOB and everything looks legit, but interesting -says Ninth Ward erected backyard with combustible materials w/o permit. So the backyard, which was a big part of the lounge was never legal? And the outdoor space was like this for like six years and the cb did nothing about it. To cut corners and put people in danger is wrong and inexcusable, and they shouldn't be allowed to reopen.