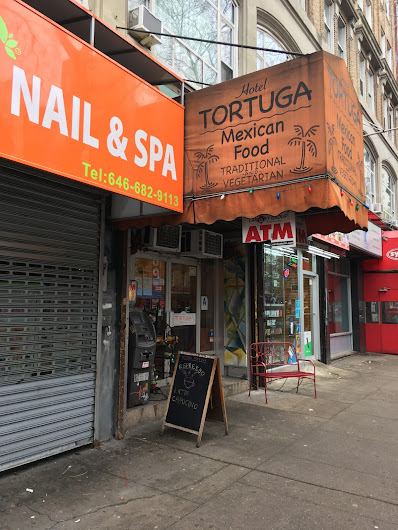 Back in October, Hotel Tortuga temporarily closed as new ownership took over the Mexican restaurant on 14th Street between Second Avenue and Third Avenue.

Hotel Tortuga reopened in early November with Lance Marlo, who previously operated Luna Espresso on the Upper East Side, as the new owner. He bought Hotel Tortuga from David and Jean LaPointe. (The LaPointes opened Tortuga here in 2010. They also ran Curly's Vegetarian Lunch one block to the east on 14th Street until the end of 2011.)

"We still have the same menu, serve breakfast all day, carry vegan, vegetarian and traditional meat options. There may be possible menu changes in the near future as per the new owners," Idalja, the manager, told me. (The previous staff remains as well.) 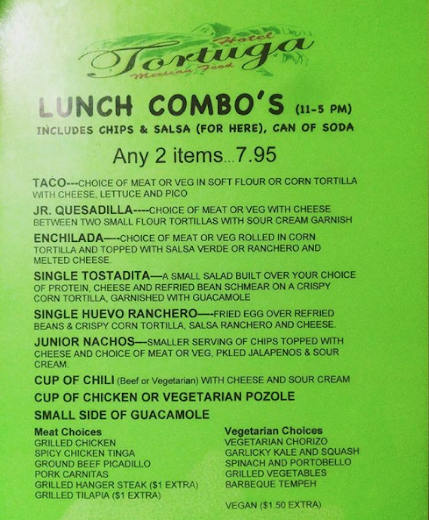 One change: Hotel Tortuga has a new La Marzocco espresso machine and are open in the mornings for some espresso drinks ...

Hotel Tortuga is also awaiting a new liquor license. You can get a Mexican Coca-Cola in the meantime though.

Previously on EV Grieve:
Hotel Tortuga, under new management, will reopen soon still as Hotel Tortuga
Posted by Grieve at 4:13 AM

Three cheers for the lunch special staying at the same price.

well its 1,2,3,4
take the elevator
at the hotel tortuga
glad to see you later
all they got inside is tasty eats

Well the FIRST order of business for the new owner is to give the awning a good bath or replace it. Not a good impression for any establishment but particularly a restaurant. You have to ask how clean the rest of the place is.

I LOVE Tortuga and if the new owners are smart, they will alter next to nothing!
I don't really have a cleanliness bone to pick, overall -- though the above comment reminds me that it IS particularly annoying and gross to have greens in a dish that are crunchy with un-washed-off dirt.
Do fix that!