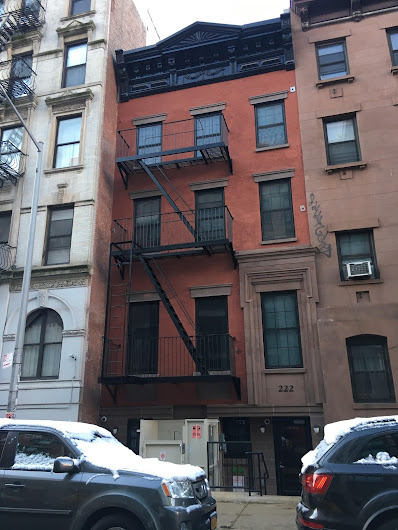 From a Facebook post on Dec. 1 via the Ali Forney Center, an organization supporting homeless LGBT youth...

This building ... was made possible by the love and generosity of the icon Bea Arthur. We are proud to dedicate this residence in her honor, and humbled to celebrate this momentous occasion alongside Bea Arthur's son and grandson.

The Bea Arthur Residence marks an important shift in the way that we are able to house and care for young people who have been discarded by their families simply because of who they are. Pending city approvals, we hope to begin housing young people here within the next few weeks.

To the countless staff, donors, city and state officials, architects, and friends of the Ali Forney Center who have breathed life into this remarkable project, we extend our sincerest gratitude and love, and look forward to moving our young people in to begin their journey to a bright future.

Arthur, who died in April 2009, left $300,000 to the Center in her will. In 2012, City Council as well as then-Borough President Scott Stringer awarded the Center and the Cooper Square Committee $3.3 million for the residence. 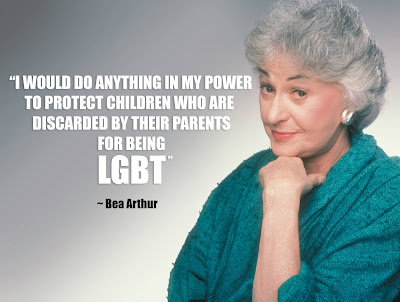 [Image via the Ali Forney Center]

Plans for this long-abandoned building were first announced in 2012. (The property had been owned by the NYC Department of Housing Preservation and Development.) The groundbreaking took place in July 2015. 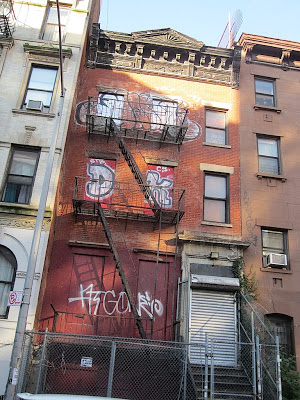 Groundbreaking today on East 13th Street for the Bea Arthur Residence for homeless LGBT youth
Posted by Grieve at 4:30 AM

Thank you Bea Arthur and Scott Stringer for granting funds to make this center a reality. Places like this make me proud to be a New Yorker.

Proud to have this in my neighborhood. Thank you to the generous Bea Arthur.

It's a good cause, but buying a $3.3m here (not to mention what renovations might cost!) for 18 beds as opposed to something in the outer boroughs or across the river in Jersey is sort of like meals on wheels splurging on Porches and Escalades. It's wasteful and irresponsible. And the idea that Stringer is putting his stupid mug on it just screams that he has the same abysmal financial sense as his buffoon boss DiBozo.

The building looks great. Kudos to all who made this happen. I welcome the residents to our wonderful neighborhood.

So proud! Thank-you Bea Arthur, a real American hero for championing LGBTQ rights, especially for abandoned kids. I was not tossed out for being queer until I was an adult. It still stings, but I doubt as much. May there be a lot of love in that home for LGBT homeless. LOVE IS LOVE IS LOVE IS LOVE.

Where would you have opened it in NJ or an outer-borough 1:14pm?

I love Bea Arthur. She was so talented. And the best part of The Golden Girls. What a beautiful thing she has done here. As a member of the LGBTQ community, I welcome this to our neighborhood with welcome arms. XO

This is a great thing. Seeing charity like this is rare these days.

Wow, ripping into a lot of people making a lot of assumptions.

Since I worked on this project from start to finish as Executive Director of Cooper Square Committee, let me make a few points. Development in NYC is very expensive, but this building will house 18 LGBT youth, and the development cost of $3.3 million comes to about $185,000 per resident which is less than half what most supportive projects cost per resident. Since it's transitional housing, I'm gratified to think that hundreds of LGBT young adults will pass through this building as residents over the next few decades, most of whom will go on to college and futures with all kinds of possibilities. NYC needs to develop dozens more buildings like this in all of the boroughs since there are an estimated 2,000 homeless LGBT youth. One in every neighborhood in NYC would be a great way to solve this crisis.

Is the residence open yet?