AG's office: Steve Croman agrees to pay $8 million to the tenants he harassed

Steve Croman's civil case came to an end yesterday as he agreed to pay $8 million to the tenants he was accused of bullying out of their rent-regulated apartments.

Here's the official release from the Attorney General's office:

New York Attorney General Eric T. Schneiderman announced an unprecedented settlement with Steven Croman ... for engaging in illegal conduct, including harassment, coercion, and fraud, to force rent-regulated tenants out of their apartments and convert their apartments into highly profitable market-rate units.

The consent decree requires Croman to pay $8 million into a Tenant Restitution Fund – the largest-ever monetary settlement with an individual landlord. The settlement also requires over 100 Croman residential properties to be run by a new, independent management company with no ties to Croman, for five years – the longest-ever term for independent management in OAG history. Moreover, the settlement requires seven years of a monitor who will oversee compliance with the terms of the consent decree and provide regular reporting to the Attorney General – the longest-ever monitorship required in any tenant harassment case.

Croman is currently serving one year in jail and paid a separate $5 million settlement as a result of criminal charges brought by Attorney General Schneiderman.

Eligible tenants will be able to apply for restitution; the Office of the Attorney General (OAG) will announce details of a claims process early next year. Tenants will be eligible for restitution if they are or were a tenant in a rent-stabilized or rent-controlled apartment owned by Croman between July 1, 2011 and the date of the agreement (Dec. 20, 2017); they received a buyout of less than $20,000, not including any amount that purported to cover rent or arrears; and no other tenant in their apartment received money from the restitution fund.

The Attorney General’s office will approve both the independent management company and the monitor. The independent management company will oversee operations and institute new policies at the Croman properties to ensure full compliance with the law and correction of all past violations. It will also post a comprehensive set of Tenants Rights in every building it manages.

The monitor will provide quarterly reports to the Attorney General, which will include at minimum any complaints received from tenants and actions taken; the total number of rent-regulated apartments that became deregulated during the reporting period, the reason for deregulation, and all supporting documents; and the monitor’s assessment as to whether Croman has complied with the consent decree.

The consent decree also ensures that Anthony Falconite – another defendant in the Attorney General’s lawsuit whom Croman allegedly referred to as his “secret weapon” in intimidating rent-regulated tenants – will have no interaction with any Croman tenants.

Croman is currently in jail (though not at Rikers as originally billed via the AG's office) for mortgage fraud. Back in June, he pleaded guilty to three felonies for fraudulently refinancing loans and committing tax fraud and will serve up to a year in prison and pay a $5 million tax settlement. Public records show that Croman (in the system as Steven Crowman) is currently at the Manhattan Detention Center (aka the Tombs).

Croman's real-estate portfolio via 9300 Realty includes 47 buildings with 617 units in the East Village. 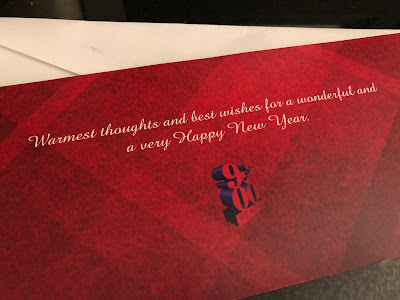 Thoughts and wishes... I think I’ve just been triggered.

I can just see it now. "President Croman". Don't give me that look. As if that's any more appalling than what we have currently.

Now if Schneiderman could do that for Icon...

Those who were forced out should be given one of the renovated apartments in the building. Now THAT would be justice. But our Mayor doesn't really care about us. He wastes our money just like everyone else which was evidenced by the email holiday greeting I received from The City of New York. Wow...they had to have someone on staff work on it and send it out to everyone. What a waste of time and money.

He can expect my lawsuit for infringing upon my trademarked name!

12:25 I too wish the AG wouldn't have settled with Icon and would have continued their investigation. Croman sounds like a nightmare. While there was years of harassment by Icon trying to get us to leave; I don't know of anyone who was illegally evicted by Icon. Icon just tried wear stabilized tenants down. It sounds like a lot of the people in my building who left after Icon bought it owed back rent and Icon might have gave them a small buyout and forgave the debt when they left.

The 8 mil sends a pretty big message to the real estate industry. Thank God the courts are taking housing as a serious issue... Tha's more than we can say about Mayor Bill.

Croman should be sentenced to a year in jail for each and every building he owns.

Did u 4get that it was Msyor Bill that changed the makeup of the RGB such that RS tenants received 0% RENT INCREASES 2 YEARS IN AROW! The makeup of the RGB have a majority that are favorable to tenants and not stacked with REAL ESTATE cronies! You need to step back and step off with your uniforned comments.

Did u 4get that Mayor Bill changed the face of the RGB when first elected and then secured a O% Rent increase 4 RS tenabts 2 years in a row! That's serious stuff! The RGB now have fair minded members that look out for Rent Stablized tenants as opposed to members that cater to the Real Estate lobby and OWNERS! Tenants across this city are grateful for his diligence and care. Thats his record.

agreed. forced. fined.. all the same thing i guess in this context

Steve Croman you thought you were above the law, but you weren't. Today you are in your cell at the
Tombs this very moment and I am in my apartment in your building freezing with no heat...in fact,
years of no heat or hot water.

I hope you are sitting in your cell shivering and freezing your butt off. Because I am.
May water leaks, water bugs, insects, mice, rats and bed bugs invade your cell,
and attack you., May your prison cell be filled with dust and debris, and the guards treat you like dirt,
the same way you and your workers and sicko property managers treat us.

I just want Steve Croman to serve out the remainder of his sentence in East Village Cheese.

This sucks! I was pushed out a rent stabilized apartment by Croman in 2008. Why can’t I apply for this fund?

What really sucks is that in Croman's criminal case he stole $ 45 MILLION in fradulent bank loans and only has to pay back $ 5 MILLION. To add insult to injury he can pay it back in " installments." Croman gets to keep the remaining 40 MILLION he stole. This sends the wrong message that In this city crime does pay. Now all the other predatory landlords will follow in Poster boy Steve Cromans footsteps.

The judge gifted Croman extra time before going to jail to observe the Jewish Holidays, and she sentenced Croman to a year in Rikers....but he's not there...he is in the Tombs...close to his new office at 740 Broadway. Croman's secret weapon, Anthony Falconite only has to stay away from Croman tenants - so what about all the other landlords Falconite also works for...and for those poor tenants who are his next targets and will have to deal with him. What is wrong with this picture? Why weren't the licenses of Croman and Falconite revoked ?