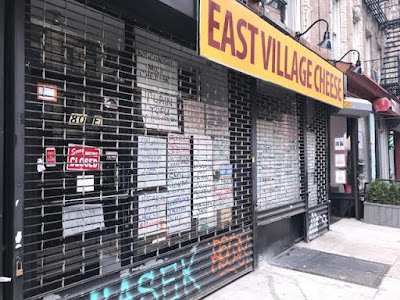 Another weekend went by without the East Village Cheese Shop being open for business at 80 Seventh St. between First Avenue and Second Avenue. The storefront has been shuttered since Dec. 7.

Several readers have now reported (via the building's super) that the power is off inside the shop. As one reader noted, "It's going to get gross in there soon." (If not already.)

This temporary (for now) closure has been a popular topic in EVG reader emails. Several people have been looking for cheese alternatives. One popular choice is Barnyard Cheese on Avenue B between 10th Street and 11th Street... 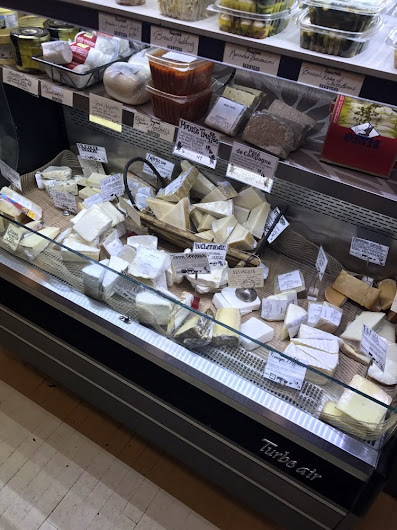 Other East Village possibilities via readers include the Westside Market on Third Avenue at 12th Street ... 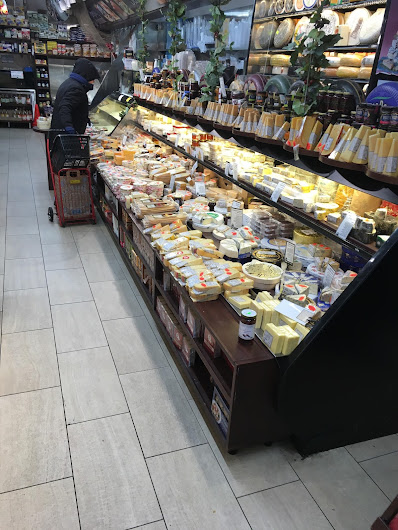 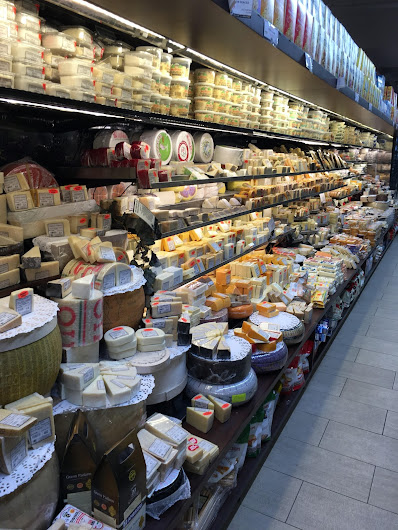 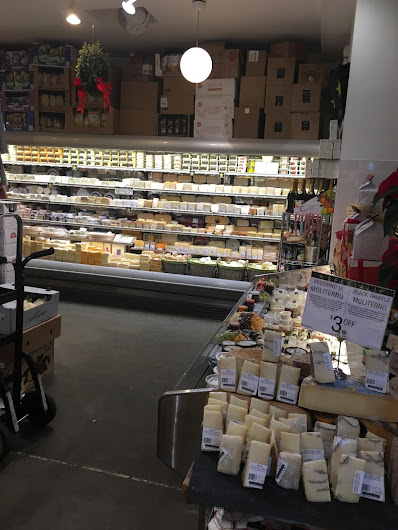 Whole Foods has some good cheese. Near the EV, Dean & Deluca on Broadway and Beford Cheese on Irving Place.

Sad to see this business go out of business. Back in the late '70s they were located where Whiskers pet shop is before moving to Third Avenue. At both locations they were busy as can be. But once they moved into this little shop on the side street it was immediately apparent that they would not last. The shop looked disorganized, unkempt and dark. Not the type of place you would normally want to buy food.

I love Barnyard, but oh their prices. Trader Joe's has a decent basic cheese selection, too, with a few exotics thrown in that don't displease the palate.

best and cheapest goddamn cheddar of my LIFE when they were on third avenue. i still think about it fondly on cold, rainy days!

Well, there goes another locally owned shop where you could actually get reasonably priced cheese, crackers and treats, forced out of a prime location by real estate speculation. This was a neighborhood institution that was packed on weekends when on Third Avenue. Started by a local man, a dharma student, who sold it to the Tibetans who worked for him. All the great mon and pop shops that make up a neighborhood, nearly gone. What do we have left in the immediate neighborhood? Block Drugs, Brickmans, Alex Shoes? Where are the bodegas? The newsstands? Manhattan = mall for the 1%.

What about Key Food !
Key Food has lots of good cheese !
:)

The nice thing about EVCheese is their good prices on an ever changing variety of cheeses. It is an adventure going there each time - what will be new there this time?

Those other places, yes, they have cheese, but they also charge you an arm and a leg (and a shoulder and a thigh) for it. And they do not have the variety that EVChese has.

Love the Barnyard sandwiches but don't go often because of the prices. I'm sure the cheese is equally expensive.

It seemed like it completely changed with the move..few selections..dark..unfriendly..strange

I only started going to EV Cheese on a regular basis once it moved to this last location. The 3rd Avenue spot had lines that were too long and I couldn't easily see what was there. I couldn't afford much at all at the location it was at before that...I ate a lot of rice and broccoli bought in Chinatown from sidewalk sellers along the Manhattan Bridge in those days.

I still miss Ferrucci's (spelling?) that was on First Avenue.

I also get cheese at Russo's. Not a huge selection, but what they have is good and generally a fair price (though not cheap like EV Cheese).

Been going to EV cheese on 3rd Ave since I was a kid with my parents. Of course I followed them to 7th St. I went twice recently (no easy trip for me) only to find it closed. Are things THAT desperate that they can't even put a "Closed for business" sign on the window? Of course you get no answer when you call for info. I don't know the back story and I feel bad for the owners, but that's just a big middle finger to their customers.

CHEESE is easy to get. Cheap cheese, with a fun, rotating selection, is not. This is a very sad closure.

They left all their breads and things out. Why didn't they take them, at least to eat?

TJs can usually handle my meager inexpensive cheese needs.
If I want some really nice stuff, and don't want to get fleeced in the process, I'll walk up to 30th and 2nd Fairway. Best cheese. Best coffee.

I love bargain cheese. But can't get over to EV Cheese. Liked the old store. Coffee and a roll plus brie on a cold day. Murray''s cheese was inexpensive once upon a time.

It’s not just the location thats killing them, it’s also the changing demographics in the neighborhood. If Kelloggs did a pop up shop here, or they were selling limited edition collectible sneakers, or if the producers of Friends installed a Central Perk cafe replica, there would be lines down the block. There just isn’t a market for smelly old cheese anymore.

Great place to go for small arts nonprofits hosting events and receptions where we needed some cheap eats.

But it is totally different because of the prices, I would think.

A wonderful place to shop for standbys. I mean, the cream cheese, for instance, was excellent. Used to get great Turkish yogurt -- among the best I've ever had. Some fancy stuff, some basic stuff, good prices on their standard products (in the deli cooler and on the shelves) and often great prices on cheeses that would rotate in and out.

Years ago it was one of my favorite shops in all of New York. I'll always remember it fondly.

The store and selection was never the same after they moved from Third Ave. For my fromage ordinaire I go to Trader Joe's and for my splurge cheese I go to Dean &) DeLuca.

Are we sure they’re finished? I really hope not.