The address is between First Avenue and Second Avenue...


Updated 12/16
NY1 reports one person was injured. (The report described it as non-life threatening.)

FDNY officials said the fire started in a shaft on the third floor of the five-story building. No word on a cause yet.

A look at the building now... 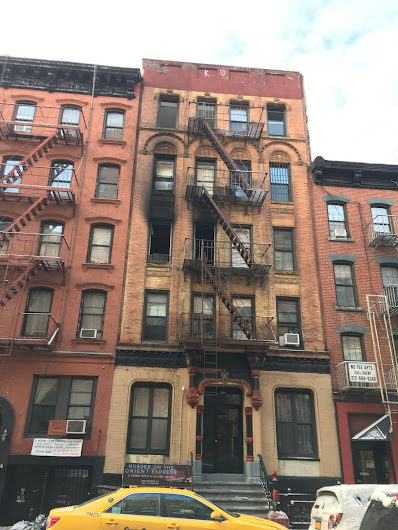 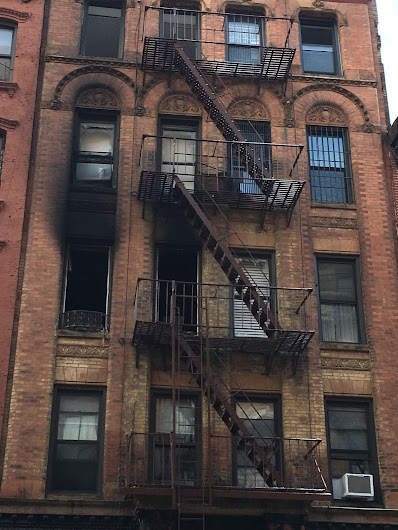 An EVG reader who lives in the building shared these photos of the apartment where the fire started... 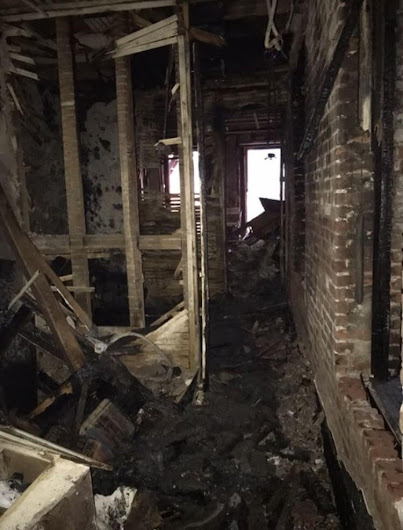 The resident of this unit has apparently lived in the building for a very long time... 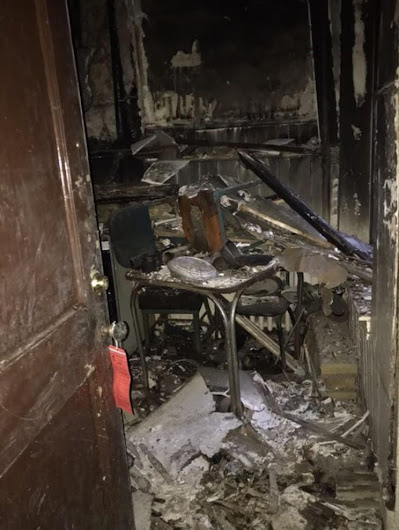 The reader lives in the back of the building ... and that apartment only suffered minor water damage. People living in the front needed to leave. Those apartments have extensive water damage.
Posted by Grieve at 9:42 PM

Firefighters reporting fire is under control, one non-critical injury.

CBS2 News reported there is one person in the hospital in serious condition. Hope they recover soon.

I fear fire the most and my sympathy for all those affect by this.

oh man so sorry for this person. hope s/he and her/his apartment are restored to fighting shape soon!

OMG, terrifying. I hope the injured person is ok and the neighbors are all right.

I live in one of these non-fireproof buildings and I worry about my neighbors being careless and burning the place down. Candles, space heaters, incense, extension cords, Christmas trees...all dangers this time of year. And many of these buildings have extremely old electrical systems that could easily short out. Be careful, everyone.

Nightmare! I hope everyone is ok. My worst fear is fire. Had some close calls in my building, which is also not fireproof. I keep a fire extinguisher handy, but these places can go up in seconds.

Holy crap. That's gonna take a while to rebuild.

Firefighters are literal saints walking among us. This could have been so much worse.

I live in fear of my old tenement going up like this. It's crazy that none of these buildings ever had to be brought up to code in regards to fire safety.