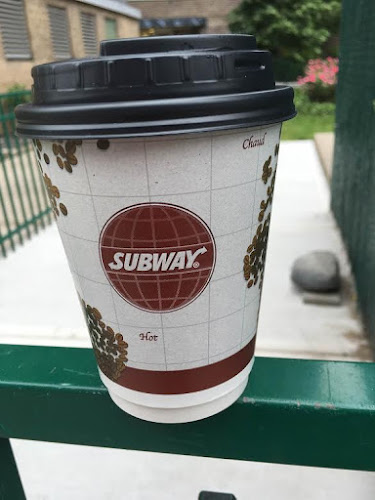 In her Metro Money column yesterday at The Wall Street Journal, Anne Kadet tackled a popular topic — the price of coffee at NYC delis/cafes/coffee shops.

She mentions a deli in Brooklyn Heights that sells a small coffee for $1. The owner reportedly loses money on that deal. The piece, available to subscribers only, goes on to outline why inexpensive deli coffee is unrealistic — especially with NYC rents.

Mike Kruszewski, founder of Pourt, which recently closed on Cooper Square, crunched some coffee numbers for her:

The ingredients in a small cup of high-end, direct-trade, “sustainable” coffee costs 62 cents, he says. That includes 43 cents for the beans, 14 cents for the cup, sleeve, lid, and stirrer, and 5 cents for milk and sugar.

If a cafe only sold $1 coffee, he says, it would have to sell 2,150 cups a day to just break even. That’s 3.5 cups a minute. The barista would have to serve faster than humanly possible.

At $2 a cup, the cafe would have to sell 500 cups a day, or one cup a minute—still too much volume for a small business.

Some exceptions to this are street carts, which don't pay rent, and chains such as McDonald’s and 7-Eleven "that enjoy massive economies of scale."

The owner of that Brooklyn Heights deli said that he hoped the $1 coffee deal would attract new customers.

Previously on EV Grieve:
The 75-cent coffee at Subway
Posted by Grieve at 4:00 AM

Email ThisBlogThis!Share to TwitterShare to FacebookShare to Pinterest
Labels: coffee

Interesting article. I'm not following the numbers though. If $600 a day are your total costs, and the profit per cup is $.38 (1.00-.62), then you if you sell 1579 cups a day the rest is profit. If you are simply pouring cup out of a giant urn it's probably physically possible to do a cup a minute, though 8 hours of that might require a special person. If it gets too busy, then you have two people pouring coffee. If the are not making espresso drinks I wouldn't call the staff "baristas." The big problem is getting all the business to come in the door.

Which explains why places which sell coffee also sell food. My deli on 12th St sell $1 cups of coffee, ok it's not the fancy stuff but it's does the trick.

Ray's Candy coffee is so cheap, I usually leave a tip equal to or greater than the price of the coffee itself. He could double the price of his coffee and it would still be cheaper than everywhere else.

It's a deli! It sells lots of different items. No one item can sustain a deli business. Talk about fake news!

Her numbers are pure fantasy. It's that simple.
But it makes for great clickbait.

That math makes no sense. It's definitely less than a dollar for the cup of coffee for them. Therefore, there is a profit.

I always mention that landlords + rent are a huge reason everything is so expensive. Lots of people think it's the owners.

What model coffee machine and how many filters do you use a month, 2:46pm?