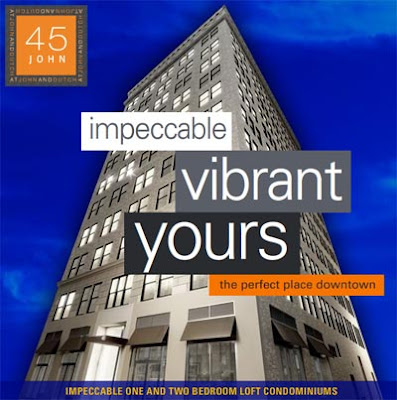 Curbed has been reporting on the happenings at 45 John Street in the Financial District. 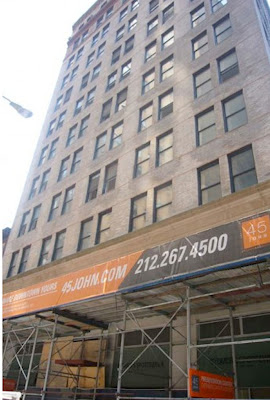 And, on Monday, The Real Deal reported 45 John had been hit with a $51 million foreclosure suit. (Downtowny has more here.) I also did a piece on 45 John last August.... and was curious to see what was happening for myself. For starters, the 45 John Street signage is gone. 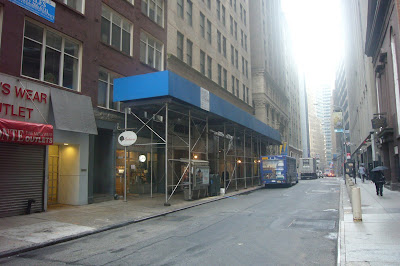 The only evidence of 45 John Street is up 3/4 on the building. 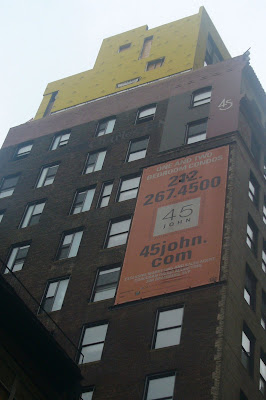 The 45 John Street sales office was on the upscale Dutch Street.... 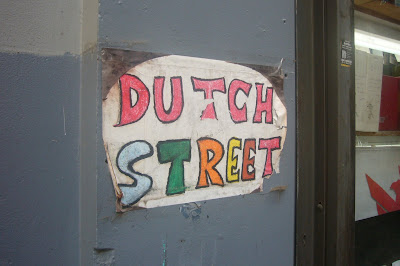 ...just down this inviting, scaffolding-covered passageway. When I walked down Dutch yesterday afternoon, I saw two men sleeping in the shadows on either side of the road. 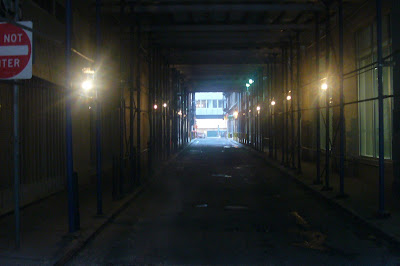 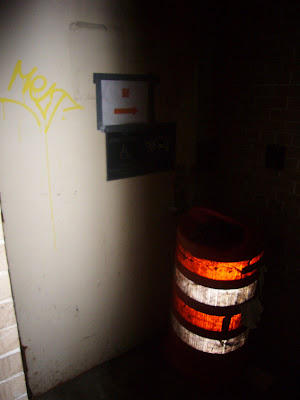 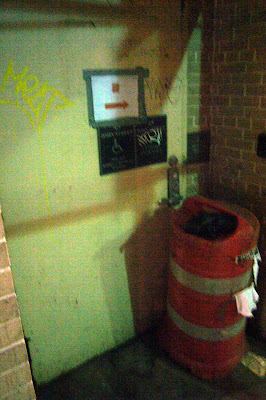 There was some activity. There's still a security guard on duty. And yesterday afternoon, under his watchful eye, several workers hauled away dozens of empty carts. 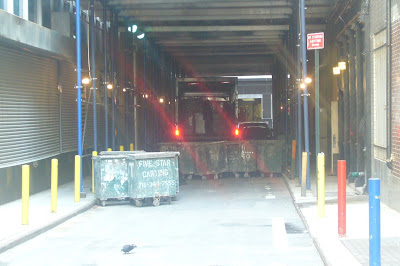 Meanwhile, on the roof, the ritzy penthouses that were in the works... 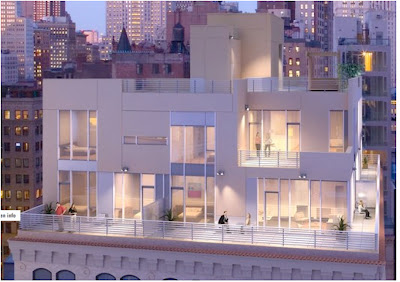 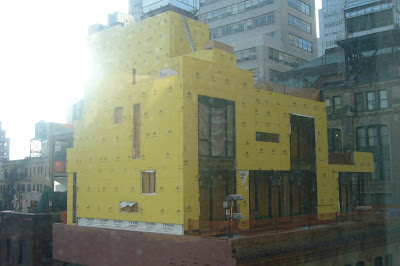 Hey EV - cool photo montage! We stopped by there on Thursday when we heard that the website was taken down. Everything was still up, including those sales office banners.

Amazing how quickly that building just went away!

How did you get those roof shots?

Thanks for the comment... Have you been keeping eye on some of the other John Street properties? Things look awfully quiet elsewhere too...


The aerial photo came from a tipster/friend. I suppose I should have given him/her credit!

What is it with building buildings on top of buildings? Has this been going on all along and I didn't know it, or is it a new thing.