Several readers have passed along updates on Mikey's Pet Shop on Seventh Street near Avenue A...the store will likely be open until the end of this week...and, despite the moving signs on the sidewalk out front, they don't have a new store just yet... 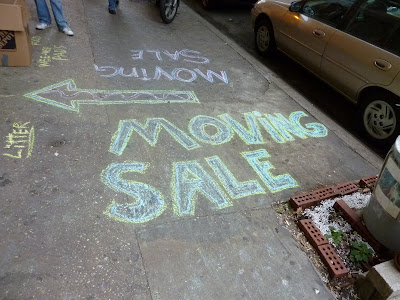 Another reader said that she was told a nail salon is already in place to take over the store. Mikey's had to close up because the landlord was reportedly raising the rent to $20,000 a month. And a nail salon will be able to afford that...?

And with a new tenant, I imagine we'll be losing Chico's mural... 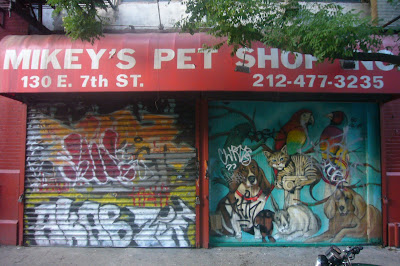 Previously on EV Grieve:
Mikey's Pet Shop closing at the end of the month
Posted by Grieve at 6:59 AM

who cares, it's the rude pet shop

There are nail salons EVERYWHERE in the EV. I can think of 5 in a one-block radius of my apartment. And most are of the $10 manicure variety, so I have no idea how they're making rent. It's more mysterious than the psychic palm readers who also always seem to get primo real estate.