Is the keg party over? Superdive closed last night; plus, have they even really been trying? 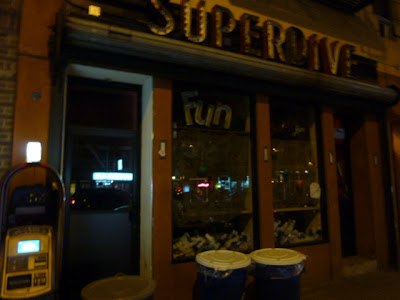 Superdive was closed last night. A look inside found the place awfully empty looking. A few bar stools, but not much else near the front. 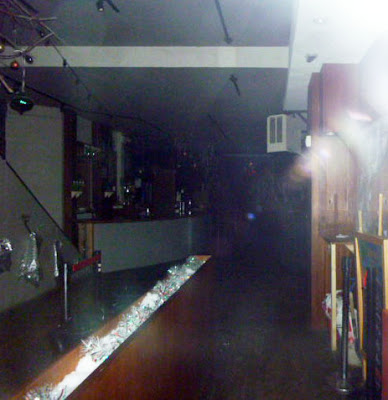 Sure, they may have just been closed for the night, but why not post a note on the door if everything is OK? A Superdiver has left notes before for bargoers when the joint was closed for "renovations." 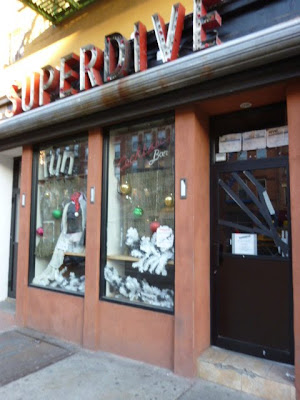 Plus...the bar was hit with a violation for working on the place without a permit and reportedly allowing people to gather in the basement (Mad Dog Room!) without a certificate of occupancy.

And, of course, four months after opening, the owners put the bar up for sale...

One Superdive watcher has always been curious why they only accept cash... particularly when some kegs are upwards of $400... And why did an official at the last CB3/SLA seem surprised when he or she heard that the bar was still open...?

Meanwhile, it looked as if someone was working on the basement one day last week... 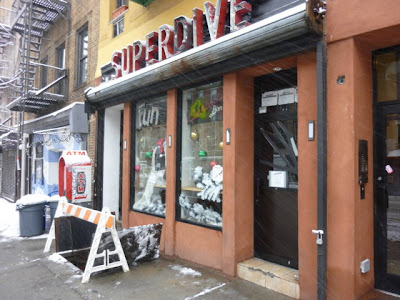 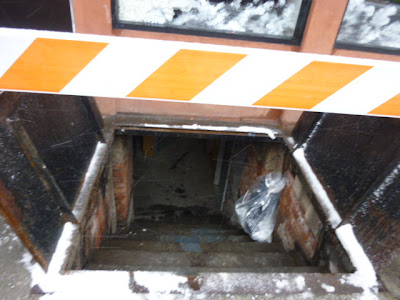 Previously on EV Grieve:
CB3 didn't approve a liquor license for Superdive; "a nice neighborhood Internet café-bookstore" becomes a bar with keg service at tables
Posted by Grieve at 7:05 AM

From your original post - you and Eater mentioned the bar was for sale: $350K key money.

Now, from Tower Brokerage, the bar has dropped the price about 35% - now $225K. (Scroll down about halfway: http://www.towerbrokerage.com/rlisting.htm). Still the $10K/mo lease.

If this place is live - I'd be surprised!

What what be the best use of that space? Maybe an internet cafe and bookstore?