Will Ray's become a noodle shop? (Plus, another Ray's benefit set for March 8) 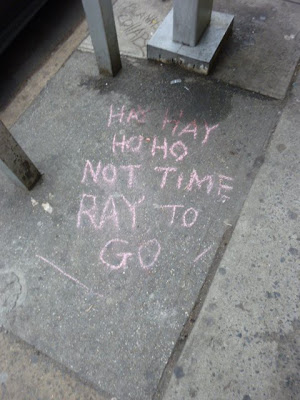 Well, all sorts of Ray-related news to pass along. First, a bombshell from Scoopy's column this week in The Villager:

An associate of Barbara Chupa, the property’s managing agent, told him they want to replace his historic candy store with — get this! — a "noodle shop." "They told me they have a Chinese guy who can pay more money, and he will hire me as the night manager and keep me working here," Ray revealed. Asked if he would even consider the "offer," he said he's not falling for it: "No! They would get rid of me right away."

Second, as we wrote last Friday, some volunteers from the neighborhood were starting a Saturday night delivery service. I was one of the homebound Ray's fans eager for a delivery. Unfortunately, there were some snafus with their phone service. They're try again this Saturday. Bob Arihood has more on this story here. 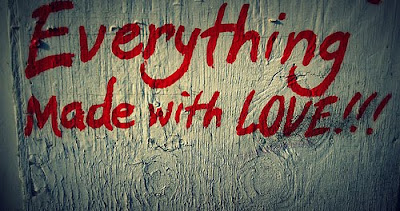 Fourth, Francisco Valera, who has lived upstairs from Ray's for 17 years, is helping organize a benfit for Ray at the Theater for the New City, 155 First Ave., on Monday, March 8. As Valera wrote on Facebook:

"Some incredible local artists have volunteered to perform, among them Reverend Billy and the Live After Shopping Gospel Choir, East River String Band, Didi from Brazilian Girls will be our DJ and will play live music ... we are still reaching out to more artists ... Ray himself will be with us ... and some local activists and loyal members of our, in extinction, beloved East Village neighborhood.

ray's being replaced by another fucking noodle shop, which this neighborhood needs like a hole in the head, is too bleak, too horrifying to even contemplate.

what a backhanded slap in the face to ray. we're gonna kick you out for noodles, but by the way, stay on as night manager. eff that.

Explain to me why Ray's deserves to be open more than anyone else? The guy doesn't pay his rent, and has never been particularly friendly. It's a piece of crap place. Just because someone has been in a spot for a long time doesn't mean they're so amazing that they deserve to be there forever.

Anon you are an asshat!

In all seriousness someone should buy Ray some accounting books and teach how how to be a CPA. He obviously needs to reinvent himself and there is no time like the present to get started. He has more options than A: scrape by or B: lose the store. I believe there is always a way to better yourself.

folks you really have to be very careful taking things you read in Scoopys seriously. There is a lot more going on than Scoopy ever heres about ...and remember Ray likes to tell a good tall tale now and then

All this noodle-talk is just empty threats. Ray's rent is paid-up, so now he's just being harrassed.

Didn't Ray say he wanted to keep his store another 6 years? What's the harm in that?

Ray is in fact relating a story that he was told way back when the landlord first threatened to chain the front door if he didn't pay the rent by Friday . The villager is a very sloppy , irresponsible and harmful operation here .Its a really old and irrelavent bit of info that was spoken to scare Ray . This nonsense should never have been repeated by the Villager .

a great deal happened concerning ray yesterday .his situation is better than its been since all this commotion started .We can't say much right now but things are much more positive for Ray now than they have been in a long time .

Thanks, Bob. I'm glad to hear that there are positive signs for Ray. I look forward to reading more about them at Neither More Nor Less!

I love it when posters want everyone to be "friendly." We all know we're they're *not* from.

Yes, of course. I've been editing all day and let that one slip through. At least I'm not a cowardy custard.

This Ray fellow should just get a government check, because he's "authentic." I propose a panel of east village bloggers, who will bestow upon various establishments levels of authenticity (anywhere from 1 to 5 heroin needles, 5 being the most authentic) and the payments will be keyed off that. This way, we no longer have to worry that the businesses which make us feel cool for where we live need to actually make money. Because honestly, people can only keep these benefits going for so long. Something must be done.

Folks, all this anti-Noodle shop rage is taking on hints of racism. Careful.

I appreciate all the work you do, but your comments are unfair. Healthy competition is one thing, but please don't sling around slanderous and negative, untrue comments. Your comments cross the line.

The comments that are getting to me--here and at Gothamist and Grieve--are the ones that go like this: "Explain to me why Ray's deserves to be open more than anyone else?" Argh. Other than a period when I bought my Sunday paper at Ray's a hundred years ago, I've never had much connection to Ray's. In fact, I've actively disliked Ray's on and off, largely depending on amount of piss and beer on the sidewalk in front of the shop. That said, I'm delighted that my neighbors are trying to save Ray and Ray's. Most of the institutions and businesses I love in the EV exist despite market forces, not because of them. These comments that imply that Ray somehow stands in the way of the market are making me crave Belgian Fries, Ray's style.