One day last month, American Songwriter Magazine did a photo shoot at Sophie's with Jeff Bridges for an upcoming feature... a photographer for The New York Times was also there for a feature titled "Nine days on the road with Jeff Bridges."

Bridges was in character as Bad Blake from his Oscar-nominated turn in "Crazy Heart." Here are two of the photos that Peter van Agtmael took for the Sunday Times magazine at Sophie's... 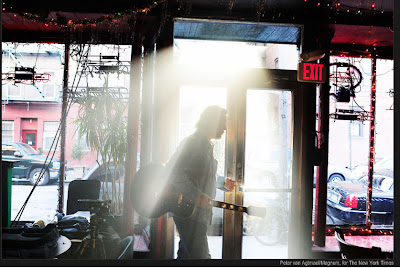 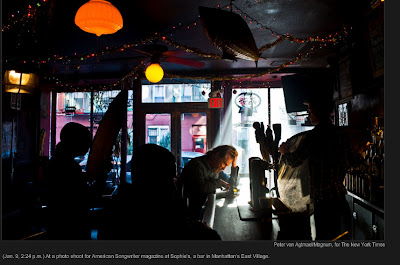