Looking at "ABC No Rio Dinero: The Story of a Lower East Side Art Gallery" 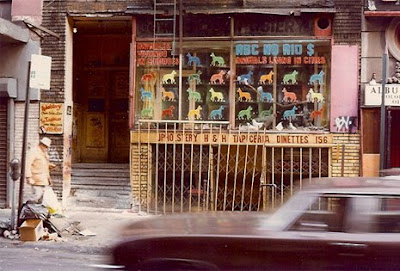 Marc H. Miller sent along a note to tell me about a major addition to the 98 Bowery Web site ... Indeed.

The previously out-of-print book ABC No Rio Dinero: The Story of a Lower East Side Art Gallery from 1985 is now online. Miller and Alan Moore edited the book.

Here's more about what you'll find from the 200-page book that's now all online ...

With new layouts and color scans, the online version of ABC No Rio Dinero preserves the early history of a pioneer Lower East Side art space that was the unplanned progeny of the "Real Estate Show," an illegal exhibition in an abandoned, city-owned building squatted by artists on New Year’s Eve 1980. 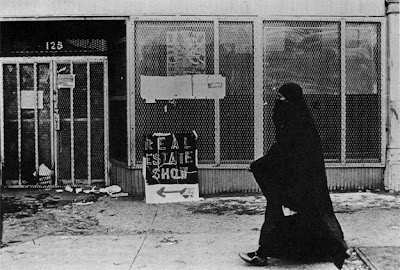 [Outside the "Real Estate Show" at 125 Delancey. Photo by Anne Messner] 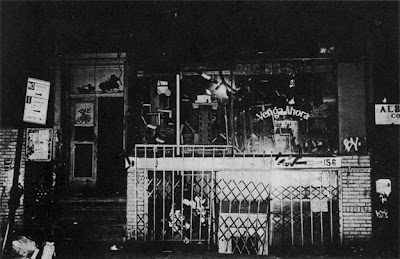 [ABC No Rio at night during the Tube World exhibition. Photo by Jody Culkin]


The photo below is from the Crime Show, from Jan. 15-Feb. 6, 1982. According to the book: "The Crime Show, organized by John Spencer, had the biggest crowd of any opening, perhaps an indication of the relevance of the theme. For years, the economy of the Lower East Side was to a great extent based upon organized crime -- the sale of drugs, and illicit industry involving entire families in its wide range of tasks. Crime of all kinds in the neighborhood remains high. One artist experienced this first-hand on her way home from an opening when she was mugged in the subway. It is probably safe to say that every artist on the Lower East Side knows someone who has been mugged or robbed. Household burglaries are endemic, as the heavy gates on neighborhood windows testify." 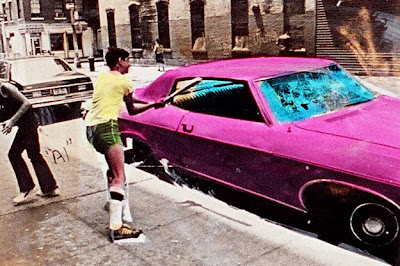 The book also includes the orignal ads... "The ABC No Rio book was a labor of love mostly pushed by volunteer labor. Along the way a few small grants paid for typesetting, veloxes and other preparatory material. However, as the book neared completion a daunting financial reality confronted us: we needed a substantial sum to get the 200-page book printed. The solution was advertisements placed in the back of the book. Bettie Ringma volunteered to be our ad representative and quickly discovered receptive clients among the galleries representing No Rio artists and the many fledgling businesses betting their fortunes on the emergence of the East Village as a trendy art center. Today these advertisements gathered in 1985 are a time capsule of the first moments in the careers of up-and-coming artists and of some of the early hot spots of the short-lived East Village art scene."

Here are a sampling of the ads: 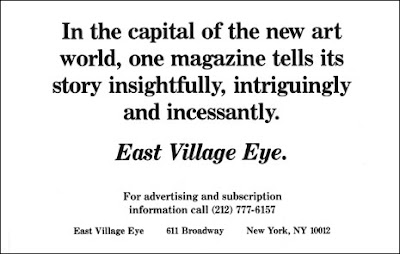 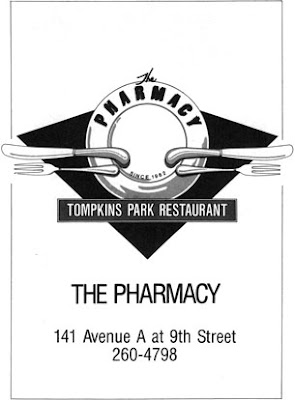 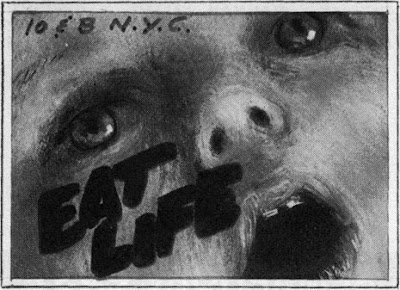 As Marc says, the ABC No Rio art space is still going strong today, maintaining a commitment to an interactive aesthetic that mixes art, politics and community.

And as you know, ABC Rio will soon begin construction of a new facility.

Good you feature the Crime Show -- it has historical importance as the event at which painter Martin Wong met poet Miguel Pinero. WikiP's Pinero entry states: "Piñero played an important role in acquainting partner, artist Martin Wong with the Lower East Side, becoming a benefactor at a time when Wong found it difficult to meet his rent. Several of Wong's paintings are illustrations of poems given to him by Piñero. "The Annunciation According to Mikey Piñero (Cupcake and Paco)" (1984) pictures a scene from Short Eyes." Yasmin Ramirez, one-time art critic for the East village Eye, wrote of this in the New Museum catalogue of Martin's work, Sweet Oblivion: The Urban Landscape of Martin Wong (New York: New Museum Books, 1998), pp. 38-47.