Prepping for the Prez

As I exclusively reported, President Obama will be giving a speech later today at Cooper Union. Meanwhile, yesterday afternoon, the NYPD was busy placing barriers on parts of the Bowery and East Houston. Due to security reasons, I cannot divulge the street names where these barriers are located. 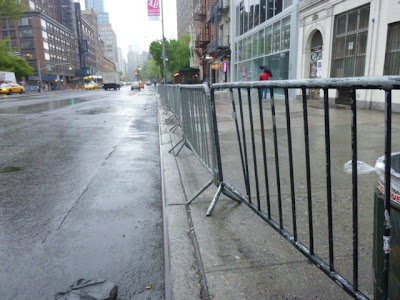 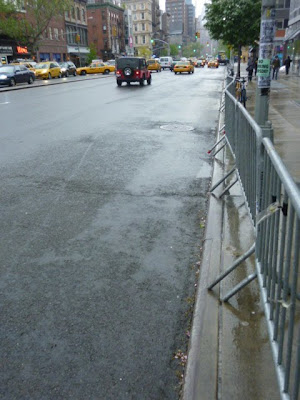 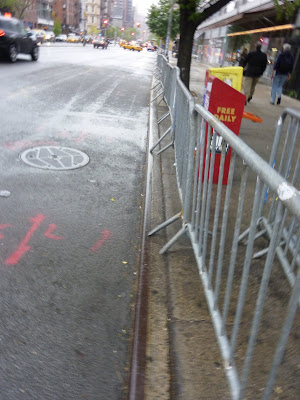 Anyway! EV Grieve reader Elliot noted: "The Tea Party folks could get a nice photo op of his motorcade rolling past the Red Square Building with Lenin saluting from high above."

Meanwhile, I hate to even mention this... but, EV Heave has a full report on Cooper Union's efforts to thwart the Serial Vomiter from striking today. We do hope that EV Heave is wrong... because, quite frankly, people haven't been this excited about a visitor since they thought they saw Justin Bieber on the L train.
Posted by Grieve at 6:54 AM

Thanks for posting - I was convinced it was some sort of parade that Google didn't know about. Wish I wasn't at work & missing all the fun.