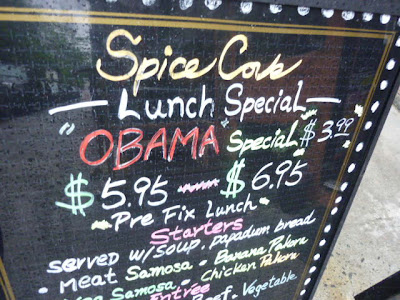 Work continues at the old Plan B space on 10th Street... which is becoming a bar/hair salon. An old-timey sign is now up... 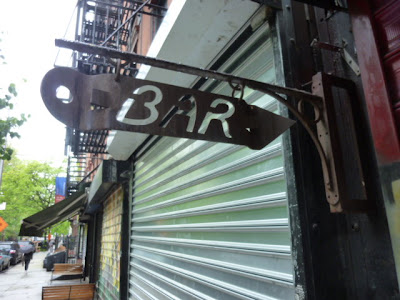 Rebecca Marx had a rather hilarious item on this back in January at Fork in the Road:

At last night's Community Board 3 meeting, the owner of Plan B appeared to apply for a license transfer for -- wait for it -- the tavern and salon he's planning to open in the Plan B space on East 10th Street. "We're re-tooling the concept," he explained. No, really?

The new place will be called the Blind Barber, and will continue to serve food from Gnocco, the Italian restaurant next door that supplied Plan B with its bar bites. And while one might reasonably worry that the old 'waiter, there's a hair in my soup' chestnut could assume terrifyingly realistic proportions in such an establishment, rest assured that although the restaurant and salon will be under the same roof, they will be two separate entities.

Food trucks are out in full force on Second Avenue with the Tribeca Film Festival playing stuff at the Village East Cinema... 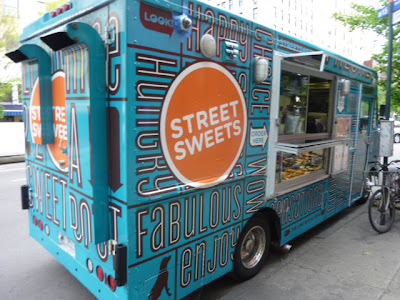 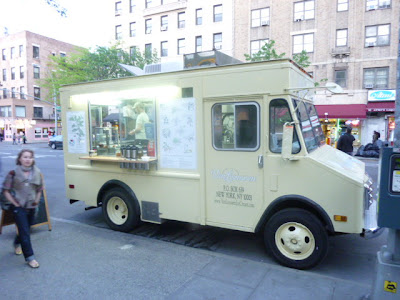 The restaurant going into the former Shiki Kitchen space on First Avenue near St. Mark's Place has a name... 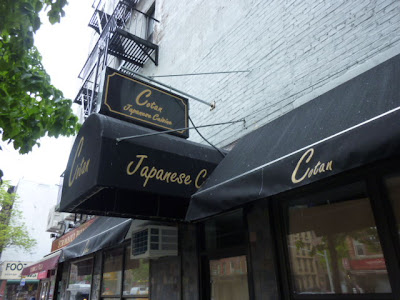 Hala Pita on Ninth Street near Avenue A closed after a little more than a year in business ... 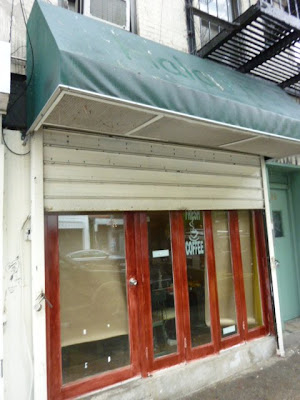 On Saturday morning, students were filming in front of Bar on A at 11th Street... and the name was changed for the film to Circus... I wish I had stuck around ... looked interesting...including some kind of live animal, a guy in his underwear on a leash and the leading lady not wearing much... 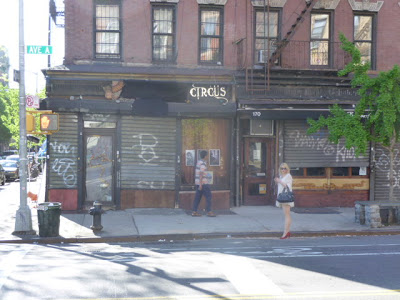 There has been a lot of work going on in the former Surf City Smoothie Shop on St. Mark's... 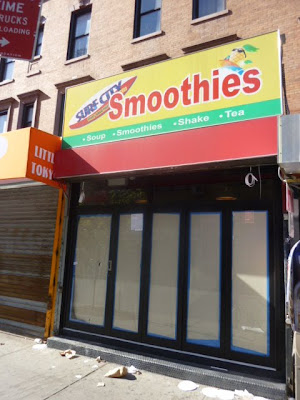 Until now... seeing as the crew doesn't have those pesky work permits from the city... 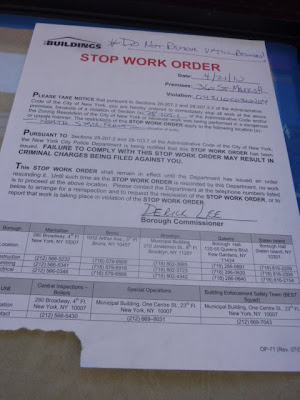 The new deli at the former knitting shop on 14th Street near Second Avenue is now open... 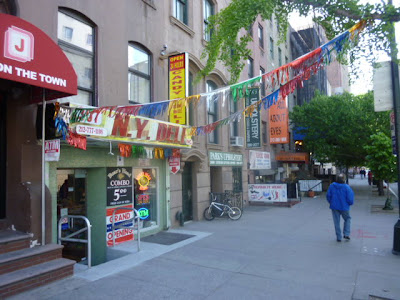 And here's the deal at the new smoothie/juice place on First Street near First Avenue... It's called The Juice Press. Among other healthy things, the window promises weight control and juice cleansing... (Fork in the Road also noted this last week.) 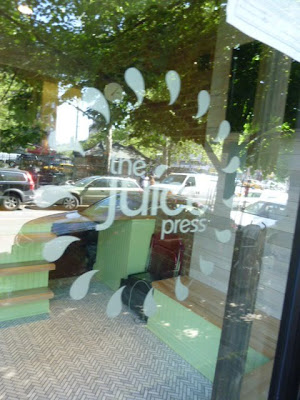 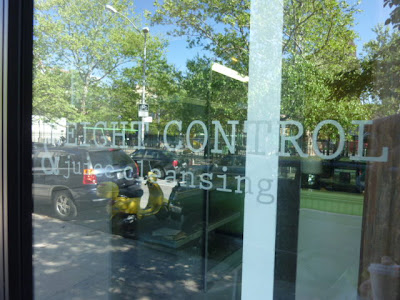 Bonjoo, the Korean restaurant on First Avenue between Sixth Street and Seventh Street, was seized by the city a few months back... and the space was recently put up for rent... 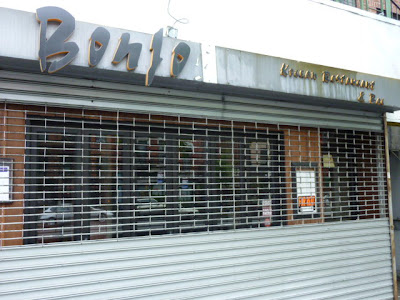 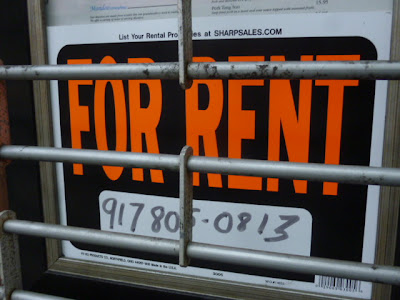 Any idea what's going on at the old Jeollado sushi place on East 4th near 1st Ave? I live next door and they've been doing construction work for about a month now, but I can't get any info from the construction guys on what it is that will be inhabiting the space.

Thanks for the comment. I haven't heard just yet... I should go back and see if anyone there has put in for a liquor-license transfer.